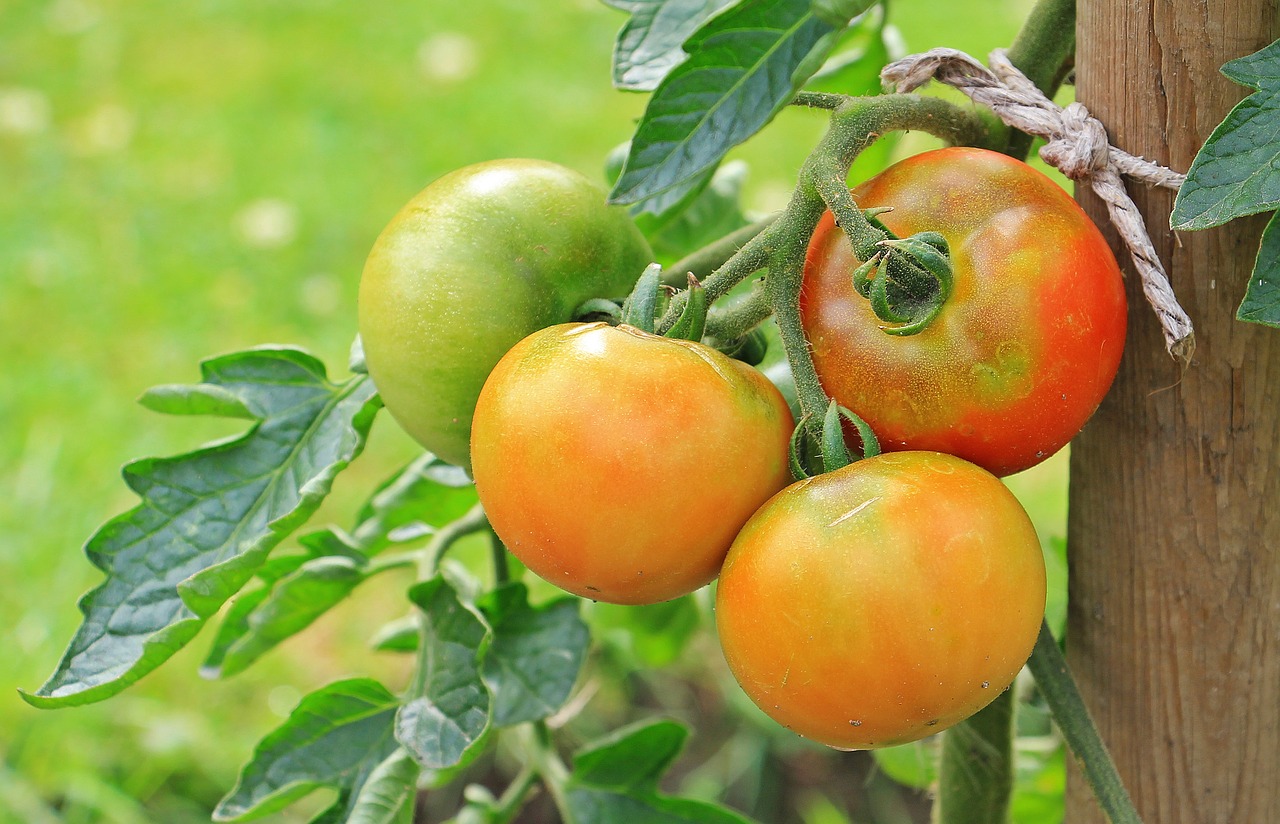 Medieval gardeners had their work cut out for them. With a heavy responsibility to feed and heal their family or monastery all year with just the fruits of their labor, medieval gardeners divided their gardens by function. Of course there were big fields for the primary crops: hay, wheat, barley, and rye. But a kitchen garden situated closer to home was just as important.

In the villages that sprung up around monasteries—and in the monasteries themselves—there were wide cloister (or communal gardens). These were medicinal gardens full of healing herbs, as well as fruit orchards, and beautiful kitchen gardens.

While most of us don’t exactly live in tiny villages or monasteries, a kitchen garden is still a valuable option. In fact, re-creating the medieval kitchen garden is a gorgeous way to step into a more sustainable lifestyle. Let’s take a look at this unique gardening style!

What is a Kitchen Garden?

Don’t limit yourself by thinking that a kitchen garden is just a little vegetable garden next to the house. It’s not. A kitchen garden is a place of structured beauty and quiet peace. While it’s true that these spaces are often close to the house—making it easy to harvest daily—they’re more than just a source of food.

The kitchen garden is designed to provide readily accessible produce during all the growing seasons. But more than that, this type of garden is supposed to be a retreat. It’s a place of quiet, green plants, flowers, water, and beauty. Whatever the season, your growing space should be useful and beautiful.

Traditionally, a kitchen garden has four quadrants surrounding a central water source. In many medieval gardens, these four quadrants formed elaborate shapes. Everything from crosses to Celtic knots could be built into the garden’s design.

These gardens are built to spend time in, so they should have a bench or two for resting. A small lawn is great in larger kitchen gardens as well. Little lawns make great places for picnics, children’s games, or just a visual pause in the garden’s bounty.

Kitchen gardens may be full of fennel, cabbages, asparagus, and other essentials, but they’re hardly boring. The plants aren’t grown in rows either. Rather they’re chosen and trained to fill the dual purposes of physical sustenance and visual appeal.

So, what do we grow in kitchen gardens? A little bit of everything! A full kitchen garden can contain vegetables, herbs, edible flowers, and purely decorative plants as well.

If you’re building a traditional kitchen garden, there are some plants you’ll definitely want to include.

Don’t include any vegetables you won’t ever eat, but fill the garden with staples. Plant a variety of vegetables to have a continuous harvest. Focus on the basics, and grow vegetables that are the staples in your diet.

Onions were one of the essentials in medieval pantries. They’re a staple in my root cellar as well! Plant bunching onions, scallions, leeks, and plain old yellow onions. With a variety of different alliums, you can bring a regular bounty into your kitchen.

Grow hard-neck garlic over the winter for late-spring scapes and fall bulbs. In contrast, plant soft-neck garlic in the spring for beautiful, winter garlic braids. Garlic is one of the most healing foods we have available to us. In addition, these graceful, curling plants add a calligraphic aesthetic to the kitchen garden too.

Plant climbing scarlet runners for eye-catching red flowers and flavorful beans. Then, fill in lower areas with bush beans. Eat them fresh early in the season or dry them to make warming winter soups. Beans were another major staple in medieval homes: they fed everyone from kings to chickens with their nutrient-dense bounty.

Peas are one of the earliest crops. You can plant them even before the snow is completely out of the garden. As soon as the soil is workable, tuck your little peas into the earth and watch them grow.

Ideal for an early, spring and summer crop, radishes are pretty, bright, and tasty. You can eat them raw or pickle them for a crunchy, midwinter snack. Harvest the young greens for salads too.

While a kitchen garden isn’t a medicinal garden per se, it always includes a healthy number of culinary and medicinal herbs. Medieval gardeners would look to the kitchen garden for quick access to the most commonly used herbs. You can do the same!

If there are herbs you rely on, fill all the niches of your kitchen garden with them. If you’re still getting to know herbs, you can take direction from the gardeners of old.

It’s not as popular today, but fennel was one of the staples of medieval gardening. Fresh, soothing, and complex, fennel is unparalleled as a digestive aid. Make an apple and fennel salad to follow heavy meals, or brew your own fennel digestif.

Medieval healers used yarrow to heal everything from colds to sword wounds. This natural cure-all is a beautiful and sustainable addition to every kitchen garden.

Peppermint, spearmint, and their many cousins are essentials in the kitchen garden. Use these minty fresh garden friends throughout the growing season, in salads, desserts, and more. In addition, mints are delightful when added to flavored waters, cocktails, and homemade ice cream.

Rue has always been considered a deeply protective and symbolic herb. Like rosemary, rue was grown and worn by young women and hung over the doorway to ward off the plague. Just note that this herb is dangerous during pregnancy, so use it with care.

Vegetables and herbs aren’t the only essentials in a kitchen garden, of course. Remember that kitchen gardens are supposed to be visually appealing as well as productive. Include edible flowers, to pile on top of salads; but also flowers that are simply beautiful to look at.

Roses are both beautiful and edible, and are also versatile growers. You can plant climbing roses, tall shrubs, and graceful tea roses. Obviously, roses never go out of style. From ancient times through the modern age, roses fill our world with beauty.

A traditional symbol of the Trinity, irises were common additions to kitchen gardens for their beauty, and symbolism. In addition, the flowers have been used in aromatherapy as a sedative. While they’re rarely used medicinally today, irises definitely add beauty and height to the garden.

Tansy was used as a strewing herb in the middle ages. The cut flowers and leaves were scattered to freshen rooms, drive away flies, and ward off sickness. Tansy can be a dangerous herb you take it internally, but it’s summery and refreshing when growing tall in your kitchen garden.

These delicate fairy flowers are a long-term garden favorite. In your kitchen garden, primroses attract bees, butterflies, and fairies to help pollinate your vegetables. They’re beautiful, perennial flowers, and Medieval rumor has it that if you anoint your eyes with early morning dew from the primrose, you’ll find hidden fairy gold.

When building a kitchen garden, it’s important to give thought to walkways and beds. Although these types of gardens aren’t necessarily grown in rows, there are definite patterns and structure to the spaces.

Medieval gardeners loved to play with form and pattern in their gardens. They built visually stunning and deeply creative spaces that refreshed their souls as much as their pantries. If you’re building a kitchen garden, try taking some inspiration from them.

Ideally, lay out your kitchen garden to correspond with the four quadrants: north, south, east, and west. You can devote them to different functions: food, healing, flowers, flavoring. Or divide it according to the uses of the plants: mind, body, spirit, heart.

You could even create an entirely medieval garden with plants divided according to the humors. This personality- and health-typing theory was hugely popular in the middle ages. People’s traits were divided into choleric, sanguine, phlegmatic, and melancholic. Try dividing your garden according to this theory and grow the plants that suit each type.

Your kitchen garden needs a delightful water feature at its center. This can be something as simple as a bird bath, or it can be extravagant. Try putting in a Koi pond, or a little duck pond. You can even build your garden around a trickling stream, or submerge a little fountain in the middle of it.

Keep in mind that this watery addition isn’t purely decorative: it’s designed to be an easy irrigation source to the garden. But the primary role of the water is beauty and structure. Make the center of your garden gorgeous: a place you want to spend time in.

No matter how small your kitchen garden is, you can build a beautiful, structured, and sustainable one. Are you’re working to re-create the lush gardens of long ago? Or using it as a jumping-off point to create a modern kitchen garden all your own?

Whatever your goals are, knowing a bit about these garden’s history is sure to inspire you.