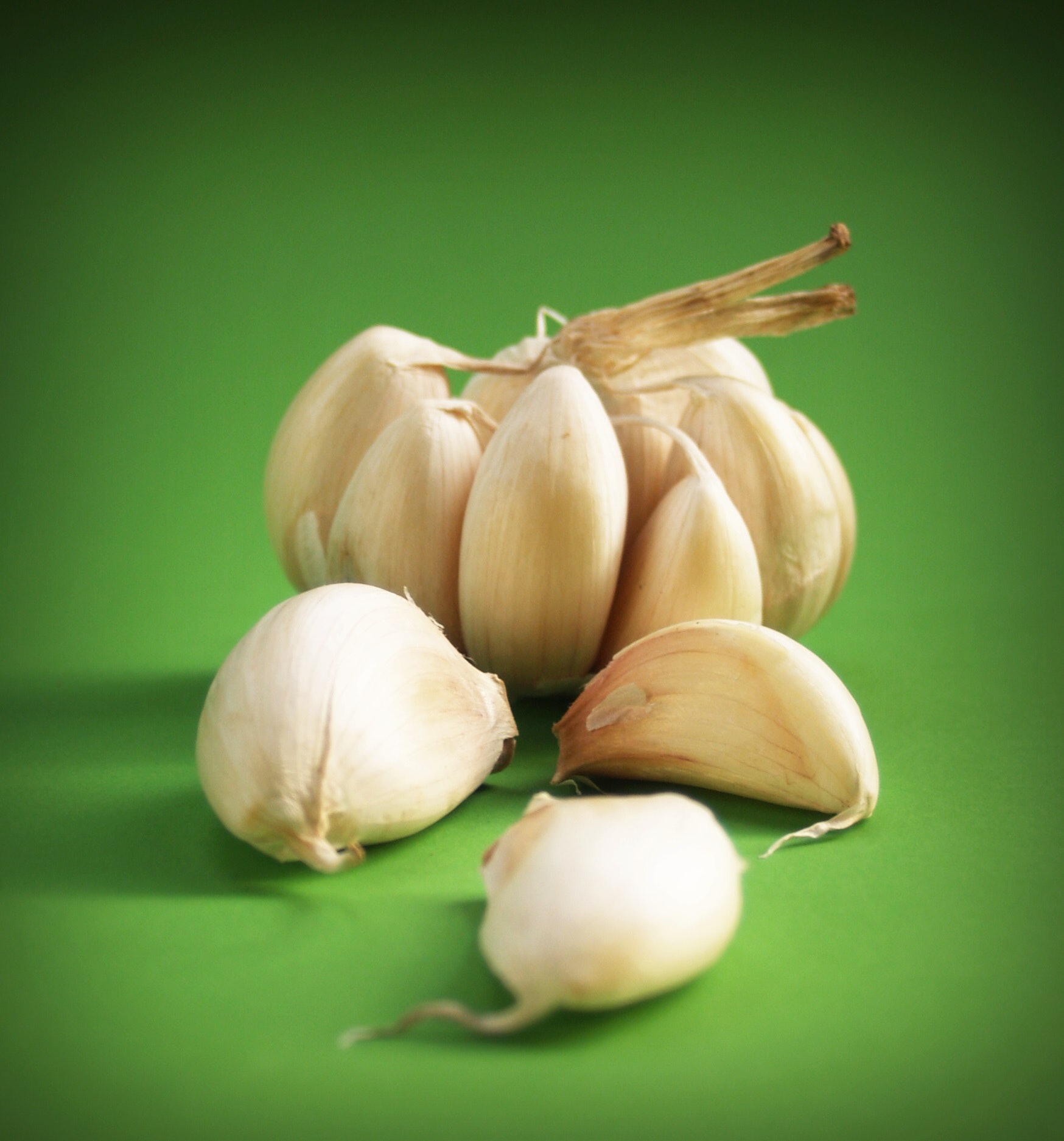 Are you trying to determine which garlic varieties will work best for your garden? Well, that all depends on where you live and what you’ll be using it for. Before I get into the specifics about hardiness, perpetual harvests, and storage life, I’ll tell you why garlic can ALWAYS be found growing in my garden.

Anybody who enjoys cooking is already very familiar with garlic (Allium sativum). I put it in all my favorite Italian foods (and anything else I can sneak it into also! Haha!) Besides, being delicious, it also has antibiotic qualities, it helps blood pressure, cholesterol, heart diseases, and it’s also handy for warding off any unwanted vampires. (I don’t have proof of that, but I will say that I haven’t been visited by any yet.)

We use garlic cloves most often, but all of this plant’s parts are edible. I enjoy putting the tiny bulbils (seedheads) in salads. I also cut up thin slices of hardneck garlic leaves (called “scapes”) into my morning eggs. Besides being very healthy for you, garlic helps to deter mosquitoes when eaten often. Whenever I pickle okra or cucumbers, I always pack as many garlic cloves in the jar as I can. Not only does it make the pickles delicious, but I swear, it really does help stop the mosquitoes from biting me.

Garlic is also great for deterring garden pests like gophers, moles, and voles. Crush a few cloves and place them in the animals’ tunnels. They’ll abandon them quickly, as the scent is too strong for their sensitive noses. Even just growing it can help deter them! Making garlic water is another way to use this plant friend to deter aphids, cabbage bugs, and stink bugs.

Before I go any further, I’ll first explain the different varieties.
There are 2 “true” garlic species: softnecks (sativum) and hardnecks (ophioscorodon). The following list is comprised of 8 of the most recognized garlic types. Each variety has its own sub-varieties with their own qualities and attributes, all of which stem from their respective growing conditions.

Though many softneck garlic sub-specie exist, two are recognized more than any other: Artichoke and Silverskin. These are usually the type found in the grocery stores for several reasons. They are much easier to plant mechanically, and typically produce up to twice as many cloves per plant. Unlike hardneck garlics, softnecks don’t grow a flower stalk (scape). This makes them easier to harvest and ship out to supermarkets much more quickly. Softneck garlics also tend to have an earlier harvest time. They are also much hardier and can be grown in a wider range of climates compared to hardnecks.

Artichoke garlic is much more forgiving to an array of soil types and growing conditions. One variety called California Early was grown in huge amounts in Gilroy, CA, hence its name. They tend to be large in size, and usually produce 12-20 cloves, with smaller inner cloves as well. They have an earlier harvesting season compared to other softnecks, and store quite well too. Artichokes are commonly referred to as red garlics or even Italian garlics, even though most aren’t red, nor grown in Italy. These naming attributes merely help to differentiate sub-category cultivars.

Spanish conquistadores brought this garlic variety to the Caribbean in the 1500s. Apparently, it has a soft, warm heat rather than a sharp bite. This makes it better suited to raw use than some of its more fiery counterparts. This may be the ideal garlic to use in Caribbean recipes, or in French and Spanish dishes as a finishing pistou. Creoles are a much better type to grow in warmer climates, and respond better to being planted in spring than most other cultivars. They also have a longer storage life than the majority of other cultivars.

Silverskins have a very pliable stem, which is why they are among the garlic varieties that are usually seen braided together. They also have the longest shelf life when stored properly. Silver White and Idaho Silver are two of the more common Silverskin varieties. Often these varieties will take a little longer to poke up out of the soil, compared to other garlic types. These can be grown in diverse areas, taking to hot southern climates and cold northern regions alike.

These are found in eastern Europe and east Mexico, but do well in the southwestern USA too. Turbans usually have 5-7 fat cloves with few tiny interior cloves. The papery wrappers that sheath them are typically very colorful, commonly having purple splotches and stripes. They tend to have a shorter sprout time, and also have a much shorter shelf life when stored.

The seedheads (called “umbels”), are large and resemble a turban, hence their name. Some turban cultivars make your mouth burn immediately, while others take a bit longer for the heat to kick in. Turbans have the earliest harvest among garlic varieties, and are always the first to poke up in the fall. They do, however, have a very short storage life: they only last about five months.

These variety of garlic are closely related to wild garlic and come with complex flavors. Hardnecks grow fewer cloves, but they are larger and easier to peel. The tall stalks can also be harvested and are great for mixing into stir fries, or for making green garlic pesto. A single hardneck bulb can yield 5-8 times its own weight when harvested! They also tend to have a much shorter storage life than softnecks.

These are the cloves sought after by chefs due to their exceptional flavor and their easiness to peel. Hardnecks are better suited for growing in colder climates, though they can be grown in hot and humid climates too. One thing to be careful of when planting hardnecks is to make sure you plant them “right side up”: the pointed end goes up.

Porcelain garlics have the largest bulbs of all the “true garlic” plants. They also contain the highest amount of allicin, which makes them the best type to eat for health benefits. Most porcelains are pretty cold tolerant. Some, such as Northern White, have been documented to survive down to -18 Fahrenheit! This type is hot if eaten raw, but sweet when baked.

This garlic’s scapes are sought after almost as much as the bulbs themselves. This is a late-harvest garlic that tends to be more expensive, as farmers have to set aside a larger part of their crop for the next season. On average, they’ll last up to 6 months if stored properly.

This is the most common hardneck variety to grow. The clove skins are much looser than those of other garlics, and often not even enclosed entirely around the cloves. This can sometimes cause a bit of normal discoloration. Though easier to peel—making them perfect to cook with—the downside is their short storage life These only last 4-6 months.

Rocamboles are rarely white, and are mostly brown with purple splotches and stripes. They don’t grow well in warmer climates, and require a cold winter and a cool spring for the best flavor. These are fiery when eaten raw, though milder varieties are available as well.

You’ll recognize this type by their bulb wrappers’ vivid purple stripes. Out of all the baking garlics, purple stripes are the sweetest of them all. Some folks even add roasted garlic to partially thawed ice cream and re-freeze it, claiming it will then have the taste and texture of Butter Brickle ice cream. Starbright is one variety that has a slight nutty flavor, and Chesnok is a good roasting garlic.

They grow successfully all over the USA, even withstanding hot Texas summers. Their harvest time is somewhere in the middle of typical garlic harvest. If stored properly, they should last around 6-8 months.

As it turns out, one of my personal favorite garlics to grow is not even a true garlic at all!

Elephant garlic is actually related to the leek family. Besides their immense size, I enjoy the pinkish-purple flower stalks that usually come out in late spring. The large bulbs are made up of 5-6 large cloves, which have smaller bulblets growing around them as well. These tiny cloves are called “corms”. If you plant one of the corms, it’ll produce a non-blooming plant with just a single large clove during its first season. If you can wait another season to harvest, it will have grown into a giant, multi-cloved head of elephant garlic. These love to grow in full sun anywhere in temperate zones, as far down as the tropics.

You’ll need to discontinue watering your garlic plants about 3 weeks before harvest time. I suggest  cutting some of the choice scapes off the hardnecks and saving those delicious bits separately. After harvesting mature garlic, it’s time to cure it. Remove any dirt, leave the wrappers on, but don’t wash it! You can leave the roots on, as they have a moderating effect on drying time. If you only have a few garlics, just put them somewhere warm and dry. Keep them away from direct sunlight, in a place with good air circulation. If you have a larger harvest, you may want to hang them in bunches. Just don’t hang so many in a bunch that they don’t get proper air circulation. You may want to turn on an oscillating fan to help with circulation. After about 2 weeks of drying, they should be ready to store.

Keep your dried garlic at a cool, stable room temperature: about 60-65 Fahrenheit. If you take cold stored garlic and bring it into warmer temperatures, it will begin to sprout. Mesh bags are perfect for storing individual garlic cloves, and if you’re saving bulbils for next season’s crop, a brown paper bag works well too.