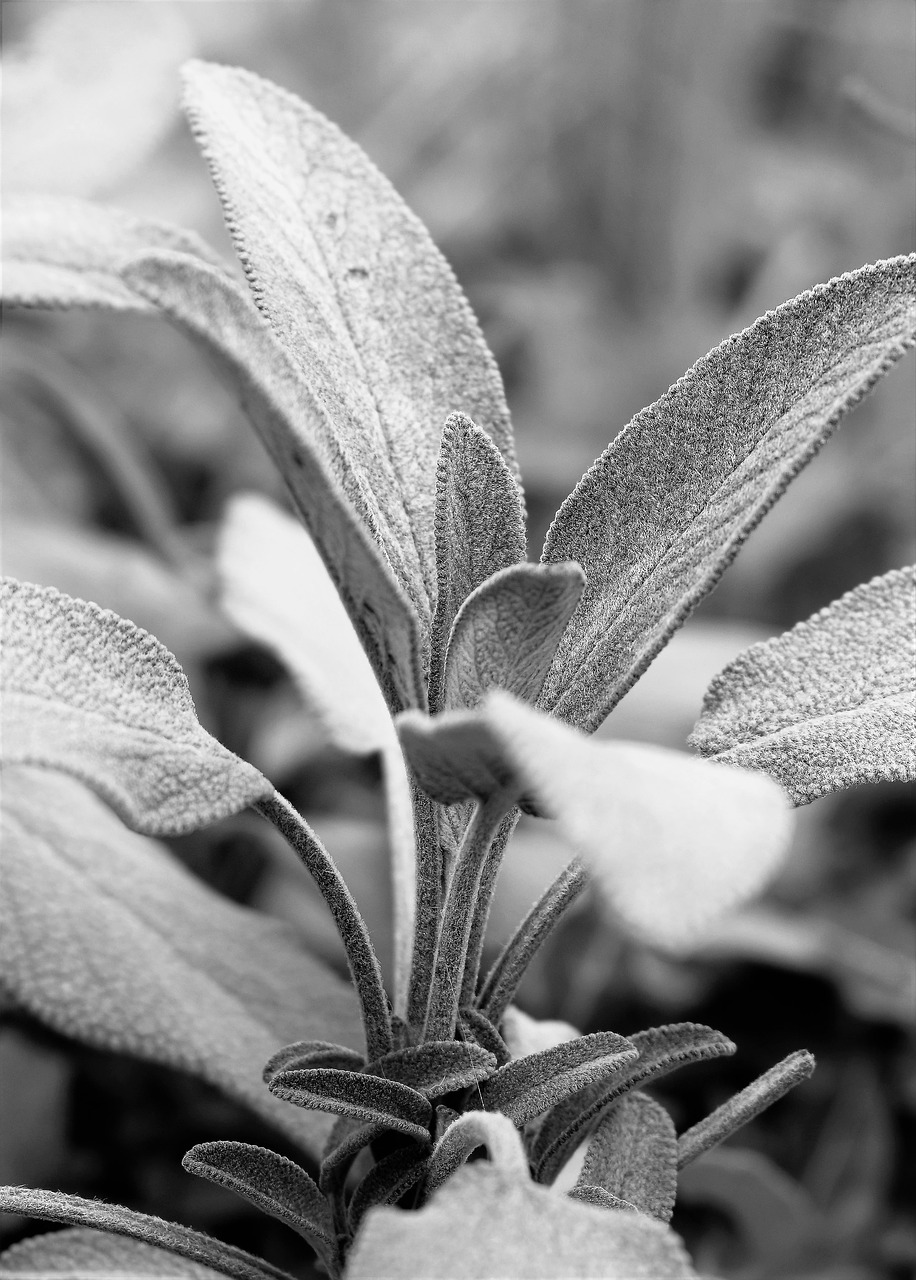 The white sage plant is wrapped in legend. Called “grandfather sage” by the Native American tribes of southwest North America, it grows naturally among smaller, darker sages like a silvery-green tower of wisdom. If you’ve always wanted to learn more about this wonderful plant ally, read on!

White sage has been burned for in ritual ceremonies for centuries. Sage smudging is traditionally used to purify spaces and people before prayer. Native Americans have also used it in death and birth rituals, and as a means of blessing sacred objects.

This particular sage (Salvia apiana) grows naturally only in the wide, dry areas of the Southwestern United States. It’s sacred to many of the indigenous peoples native to that region, including the Apache, Navajo, Pueblo, and Hopi. White sage was used magically, medicinally, and nutritionally by these tribes.

White Sage is a wild desert plant, and gardeners often struggle to give it the conditions necessary to grow. That said, it’s not a hard plant to grow: it just needs a bit of patience. Sage is hardy and determined, but a regular watering schedule and nutrient-dense potting soil help this scrappy plant to thrive.

In the desert, this tall sage grows over 6 feet tall in dry, sunny conditions. It needs very little water or nutrients to grow, seeming to feed on sunlight alone. White sage absolutely insists on full sunlight—it can’t abide shade. Plant it in your brightest, driest corner and it will explode into abundance.

This plant also hates the cold. It can survive temperatures down to 20 degrees. If your winter weather tends to fall below the low twenties, pot up your sage and bring it indoors for the winter. A growing light is almost always necessary indoors.

How to Start Young Plants:

White sage can be grown from seed or cuttings, but as mentioned, it requires a lot of patience. Neither seeds nor cuttings have a success rate of over 40%. Therefore, it’s essential to plant far more white sage than you expect to grow.

Many growers decide to start out with young plants instead of starting from seeds or rooting cuttings. Young plants are a great first start.

Young white sage appreciates a bit more water than established plants. If you’ve just planted a sage seedling in the brightest part of your garden, feel free to water it with about 3/4″ of water each week.

If you’re experiencing a very rainy season, try bringing your seedling inside with a grow light for a few months. Let the plant establish itself in ideal conditions before getting to know the wide, wet world outside.

After a few months of regular watering, gradually reduce the amount and consistency. Your white sage plant will being to develop its tap root as it ages. A healthy white sage can seek out all the water it needs deep in the soil.

Plant your sage in sandy, poor soil, with excellent drainage. White sage actually prefers low-nutrient soils and can easy become over fertilized. It’s a desert plant, after all! If the soil in your region is too rich for sage, mix in some cactus potting mix to make your plant feel at home.

Native Tribes traditionally used a variety of sages in ceremonial and medicinal rituals. That said, white sage is by no means the only herb in Native traditions. In fact, it was only used by the tribes that lived in its native area. Northern, eastern, and mid-western tribes had other sacred herbs that worked equally well for them. These other plants, however, have failed to captured the mainstream imagination.

White sage is the herb that dances through the dreams of spiritually minded Americans seeking to connect with the ceremonies of the past. But if it’s just not compatible with your life, climate, and garden, there are other options.

Non-salvia smudges are a great, traditional option as well: lavender, mugwort, cedar, and pine are popular choices. Many of these are more naturally acclimated to cold, rainy climates.

Native Americans don’t just used white sage for smudging, however. This sacred herb has been a traditional part of many aspects of daily life. The aeriel parts were boiled in water to produce a deeply scented and cleansing hair and body shampoo. Sage is antibacterial and cleansing, so this total body wash was able to keep people quite healthy.

The leaves were also used as a poultice and given as a tea or tincture. A sage poultice offers antibacterial healing to wounds or swellings. Tincture or tea was used for general internal cleansing. White sage has been known to aid in digestive troubles as well as for depression and memory loss.

White sage seeds were combined with corn, other seeds, and various spices and ground into a flour. The four, known as pinole, was an ingredient in most of the staple foods traditional people ate.

Grandfather sage also has a high eucalyptol content. This gives a refreshing coolness to the mouth and helps to open up lungs. It was common to boil sage and allow the steam to clear a room after sickness. Like an essential oil diffuser!

The Native American smudging practice is hugely popular now, especially with sage. Most people who seek out a white sage plant specifically, are hoping to use it in a smudge stick. While you can buy sage smudges at most natural food stores, growing and wrapping your own is a lovely process.

Traditional people harvest the leaves and stems of mature plants at different seasons, depending on what they intended to use the smudge for. Your basic, cleansing smudge stick was harvested primarily after long periods of drought. After a drought, the water content in the leaves is lower, and the plant’s essential oils are more concentrated.

Cut your sage’s leaves cleanly, so the stem isn’t crushed. Only take as much as you need, and avoid cutting off more than 1/3 of the plant. It’s best to harvest dry leaves—avoid dewy mornings and rainy days.

Sage leaves are really easy to dry. Just lay them out on a screen in a dry, dimly lit place. Or you can hang small bundles of stems, leaves, and flowers from the ceiling in a dry room. Let them dry until you can crumble a leaf between your fingers.

Smudging with a White Sage Plant

After your leaves are dry, cut them all to equal length and bundle them together into a thick, short wand. A smudge stick can be large or small, depending on how much sage you have, and where you’ll be smudging.

Smaller smudges are best for indoor work and larger smudge sticks can be great outdoors. For your first stick, make a small- to medium- sized bundle. This size should ideally be about 3/4 of an inch to 1 inch in diameter, and about 3 inches in length. Bundle your leaves and stems together, tightly. Some people like to braid their leaves to keep them together, but it’s not necessary.

As you bundle, tie the herbs together with a natural, cotton string. Avoid using anything that will give off an acrid scent if it catches fire. Feel free to add in complimentary herbs while you’re building your smudge! Lavender and cedar mingle with sage smoke well. Or blend a variety of sages. Make your smudge fit your intentions.

A simple, beautiful little ritual: smudging is merely the act of burning dried plant matter and spreading the smoke around a space. Traditional Native practices often involve using a feather to spread the smoke.

Places, things, and people can all be smudged with white sage as an act of ritual cleansing and purification. Often there are prayers and chants that accompany this process, but it’s best to avoid merely imitating the ceremonies of other cultures without understanding them.

If you’re not well acquainted with Native traditions, try adapting the practice of smudging to your own tradition instead. The burning of herbs for clarity, balance, and cleansing is almost universal. Your own tradition may have a lovely ritual in which you can replace incense with your homemade, white sage smudge.

Its popularity has put wild Salvia apiana in danger of being over-harvested. Too many people are picking huge quantities of wild white sage for both personal use and resale purposes. Unfortunately, they’re making no effort to reseed the plants and harvest unsustainable amounts from each plant.

It’s important to avoid being a part of this problem! Growing your own white sage for personal use is a great way to reduce the environmental impact of over harvesting.

If you do have to harvest wild sage, be proactive. Scatter some sage seeds as you go, and mist them with a little spray bottle to encourage germination. Most importantly, only harvest what you need. Keep white sage healthy for future generations.