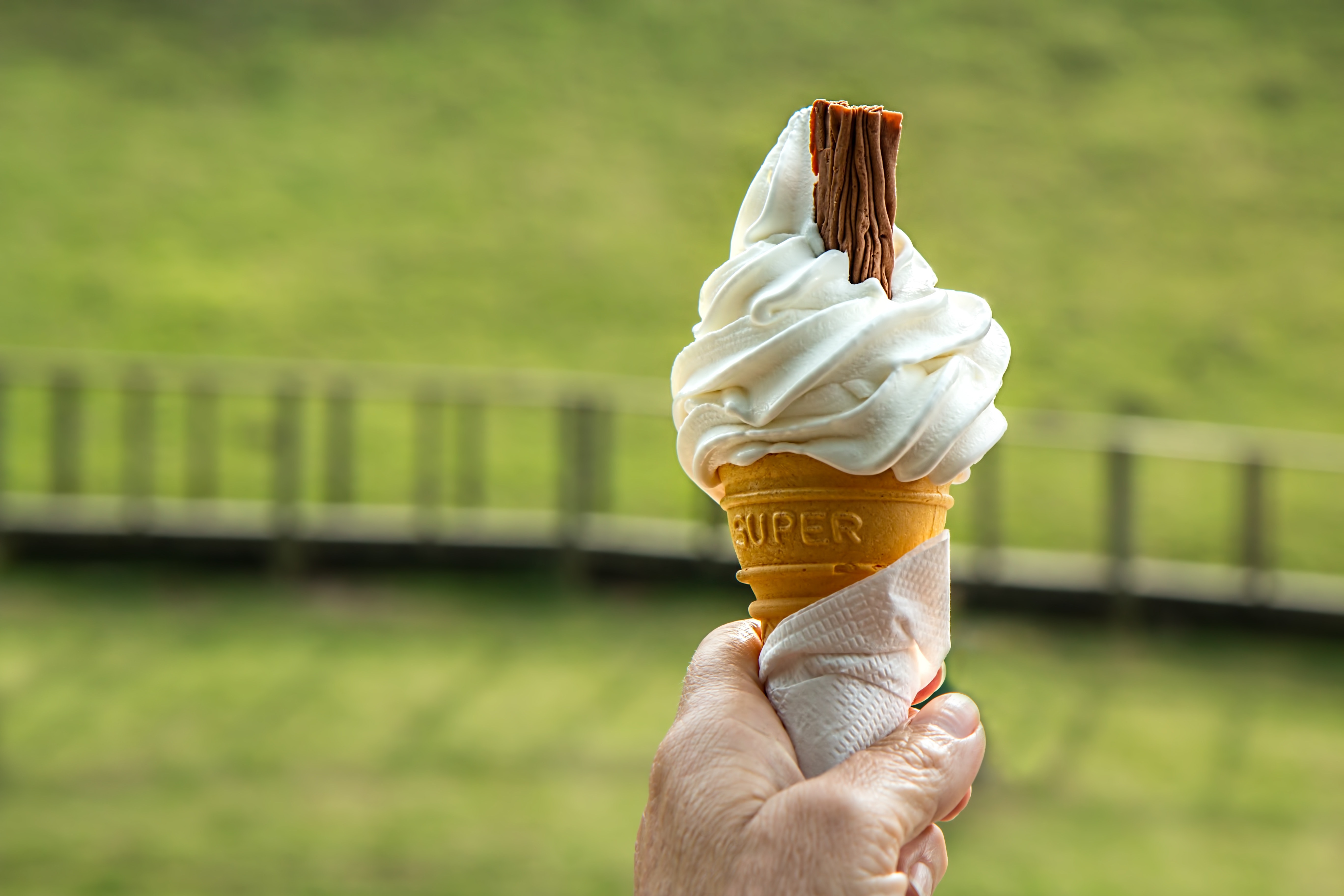 Vanilla is ubiquitous. It’s the most popular ice cream flavor in the world, and candy makers and pastry chefs have been using it since the 1600s. Its scent pervades many industries, like perfume, cosmetics, food and beverages, pharmaceuticals, and candle-making. But where does vanilla come from? We’ll tell you.

Less than one percent of all the vanilla used today comes from vanilla beans. That’s because demand is ten times higher than worldwide production of natural vanilla. It’s also one of the most expensive spices in the world at $300 a pound, second only to saffron. It’s easy to take it for granted. It’s everywhere, and has been around seemingly forever.

But where does vanilla come from? And, as any vanilla ice cream-loving gardener must wonder, can I grow it? Answering these questions will take us on an epic journey through centuries and continents, from the pre-Columbian Americas to Madasgascar, and from the meso-American jungle to high-tech laboratories.

About a millennia ago, on the east coast of what would become Mexico, the Totonac harvested the seed pods of the Tlilxochitlvine—a fruit-bearing member of the orchid family that we now know as vanilla. The clinging vine, reaching lengths of up to300 feet, bore greenish-yellow flowers about four inches wide that blossomed for one day only.

The fruit was a 6- to 10-inch-long bean filled with thousands of tiny black seed; the same black specks you find in good-quality vanilla ice cream. The harvesters laid the ripe fruits in the sun to dry them. Then, they covered them for the night to allow the pods to sweat.

That cycle of drying and sweating lasted for weeks until the pods turned black and developed their rich, sweet scent. The Totonac used the dried seed pods to flavor a beverage made from cacao, honey, and spices. It was the original hot chocolate. But their hold on the exotic fruit wouldn’t last forever.

The Aztec Conquest of Vanilla

In the 15th century, the Aztecs conquered the Totonacan empire. One of the consequences was their adoption of the chocolate drink. The Aztec nobility took to drinking their chocolatl with a lick of vanilla. The traditional vanilla harvesting and curing methods continued unchanged for another century.

Once the native bees and rare hummingbirds pollinated the short-lived blooms, the vine produced fruit. Any un-pollinated flowers wilted and dropped to the ground the same day. As you can imagine, vanilla was already a precious condiment. The flowers required five to six weeks to turn into beans, but another six months to ripen.

The whole process of growing the vine, pollination, ripening, harvesting, curing, and drying, lasted about a year. Priests used vanilla-laced chocolatl as an offering to the gods. But, like the Totonac, the Aztecs lost the aromatic spice to a conqueror.

When Hernan Cortés defeated the Aztec empire in the 1520s, he brought many treasures back to Europe. Gold, silver, gems, colorful headdresses of hummingbird feathers, a team of ball-playing Aztec athletes, for example. And vanilla. But it was strictly used to flavor the chocolate drink that the conquistadors brought back from the New World.

To taste vanilla as we know it today, the world had to wait until the early 1600s for the genius of Hugh Morgan—Queen Elizabeth I’s apothecary. He was the first to use vanilla to flavor sweetmeats, which were a hit across the continent. Vanilla truly became a worldwide phenomena in the 1780s. A certain American Minister to France became so taken by vanilla ice cream that he brought back the recipe to the United States.

His name was Thomas Jefferson. The very same person who, as the third president of the U.S.A., would serve vanilla ice cream at the President’s House. By then, vanilla was cultivated, cured, dried, and packaged in Mexico and the Caribbean, and then shipped to Europe. Cultivators used the same labor-intensive method perfected by the Totonac, and still depended on native pollinators to turn flowers into fruit.

Vanilla Around the World

In 1793, travelling merchants smuggled vanilla vines to the Bourbon Island (now Réunion) off the coast of Madagascar. It was a great business move. After all, the climate was adequate, the soil fertile, and the market was ripe for new sources of the precious aromatic seeds. But they quickly realized their plan wasn’t rock solid.

They grew healthy, and bloomed. But without the natural pollinators only found in its native Mexico, the flowers all wilted and died. Workers could only harvest a handful of beans—barely enough to sustain them. But in 1841, on the island of Réunion in the Indian Ocean, the growers’ luck turned.

Twelve-year-old Edmond Albius, a slave working on one of the plantations, figured out how to pollinate the vanilla blooms by hand. Using a sliver of wood, the boy parted the inner membrane to expose the flower’s stigma, then pressed the pollen sack against it with a flick of his thumb. Bean production boomed, and the practice spread to Madagascar, Tahiti, Indonesia, and all the way back to Mexico.

A healthy vine can produce 50 to 100 beans per year. One can imagine that growers started hand-pollinating all their flowers daily. But that led to disease spreading through plantations, as well as poor bean quality. Through trial and error, growers figured that hand-pollinating five or six flowers per vine yielded the best harvests in both quantity and quality.

By the end of the century, Madagascar, Réunion, and the Comoros Islands produced an impressive 200 tons of vanilla beans each year, already a tenth of today’s world production. But that was still far short of world demand.

Where Does Vanilla Come From Today?

About 75% of the world’s vanilla comes from the islands of Madagascar and Réunion, where world production reaches 2000 tons per year. Yet, the world’s yearly demand for vanilla exceeds 20,000 tons. So, where does the missing vanilla come from? It comes from modern laboratories. Synthetic vanilla is 20 times cheaper to make than natural vanilla extract. As you can guess, it’s not exactly the same.

The main component of vanilla’s aroma is vanillin, which was first isolated by the pharmacist and biochemist Nicolas-Theodore Gobley in 1858. Synthetic vanilla is pure vanillin synthesized from other raw materials. It’s a far cry from the complexity of natural vanilla’s aroma, composed of over 500 compounds, including vanillin. Yet, lucky for us, tasters in blind-tests can’t tell the difference between the two.

Despite all the advances of science, the methods used in vanilla plantations around the world remain practically unchanged since Edmond of Réunion Island developed his hand-pollination technique. Innovators have explored other methods to speedup the curing process, but vanilla production is stubbornly steeped in tradition. It’s as if the quality of the beans would suffer from any deviation from the ancestral methods.

Can I Grow Vanilla?

If you dream of growing your own vanilla vine from seeds, you’re out of luck. First, the vanilla seeds from the black spice beans won’t germinate. The curing process killed the seeds. Second, as for all orchids, the seeds don’t have any reserves to germinate like other plants. It needs to parasite a fungus to grow, and this fungus can only be found on vanilla vine roots.

It’s possible to germinate orchid seeds using flasking. But that technique requires a full year before you can transplant the shoot, and the vine remains flowerless for the first three to five years of its 14-year lifespan. It’s much easier to grow vanilla from cuttings. A quick online search will allow you to find distributors near you. Just note that growing it is for the dedicated and experienced gardener.

The vine grows best in hot, humid conditions, usually at or near the equator. And since it used to snake around trees in the jungle, it loves shade. Temperatures should reach 20–30°C (68–86°F) during the day and drop to 15–20°C (59–68 °F) at night. To grow your own, you’ll need a greenhouse with a tightly-controlled environment, or a bathroom with good lighting and a precise thermostat.

You don’t want to skimp on quality, so here are a few tips:

Avoid large beans. Though we often think that “bigger is better,” large beans can be a sign of improper curing. And make sure to shake the jar. If you hear a rattle, the beans are probably stale—they’re at their best when they’re supple. You should be able to loop a bean around your finger.

So, if babying an orchid for years before seeing its first flower is too much of a commitment for you, you can still head to a store near you to buy vanilla beans. There’s nothing quite like splitting a pod open and seeing the tiny black seeds spill out. The smell is intoxicating.

Much like it must have been for that Totonac pioneer over a millennia ago.