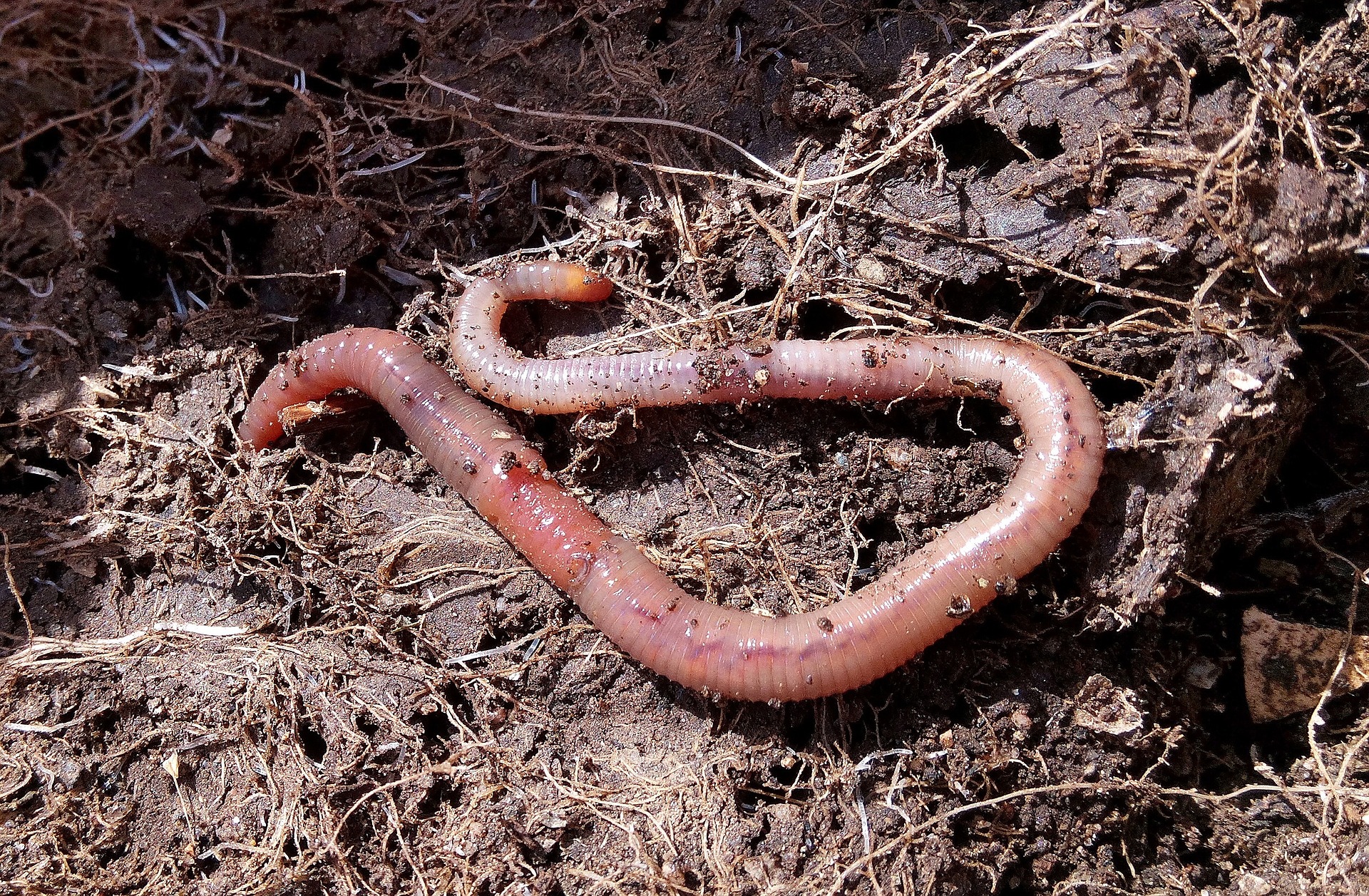 As evert gardener knows, a compost pile is a very useful thing. That said, they’re not for ideal for everybody. Gardeners in unsuitable climates—or those with only a limited amount of space—may find themselves unable to maintain a compost heap. One simple solution is vermicomposting.

Vermicomposting, or keeping a worm bin, allows you to easily compost indoors, turning kitchen scraps and green waste into a rich, dark soil like substance known as vermicompost (worm castings). In addition to being a productive way of disposing of your waste, this type of worm composting has a number of benefits.

The Benefits of Vermicomposting

Vermicompost is packed with nutrients and microorganisms, and can enrich and improve your soil exponentially. For example, adding it to a heavy, clay soil will improve aeration and drainage. Additionally, it can improve water retention in overly sandy soils. When mixed with potting soil or used as a top dressing, vericompost is a reliable way of naturally invigorating plant growth.

Vermicomposting is easy and beneficial process that won’t just cut down on waste, but will also help to improve your garden. Here’s everything you need to know about starting your own worm bin.

A good worm bin should be efficient and easy to use. Furthermore, the size of your bin will depend on how much compostable waste your household generates. Households that generate a lot of waste will be able to sustain a larger bin, or two medium-sized ones.

Your bin should also have good ventilation and drainage, since producing rich vermicompost is an aerobic process. The better the aerobic conditions, the richer your compost will be. Finally, there should be enough floor space for your worms to happily move around.

There are a number of worm bins available commercially. These range from simple, ventilated boxes to more complex stacked bins. A stacked worm bin with a layered tray system, makes harvesting vermicompost an easy task. Each tray can be used in succession, as the top one is removed the one below it will begin to fill up. The trays are also designed to allow the worms to migrate from one level to the next, following food waste through the bins.

Successful vermicomposting doesn’t require a complicated, expensive house. Worms will happily inhabit even the most basic container. You can make your own by drilling holes into a couple of 5 gallon buckets and stacking them inside each other.

The most commonly used worms, red wigglers, are prized for their efficiency. A single red wiggler worm weighs about 0.6 grams, and in 1 day eats the equivalent of its own body weight in waste. At least 50% of that waste will be turned into vermicompost. Red wiggler worms are also fairly hardy, surviving in a number of different feeding conditions, and are perfectly happy in captivity.

You should have one pound of worms (around 1,000 of them), to every pound of suitable waste that you produce each day. Just remember that worms will reproduce and multiply in number rapidly. Within a few months you may have double the number of worms you began with. If you’re unsure about numbers, I’d recommended starting with fewer worms than you think you need.

Worms are sensitive to light and noise. As such, a quiet corner of the cellar or garage is often the best location. Temperatures should be between 55-77°F, as anything outside this range can slow production or harm your worms.

These wiggly friends can also be disturbed by vibrations. If exposed to a lot of them, they may try to escape the bin.  Don’t place it near any washing machines, dryers, or dishwashers.

Once you have your worm bin, you’ll need to add bedding.

The easiest way to do this is to use the contents of another worm bin. This guarantees a hospitable environment that’s rich in microbes, which are vital for a healthy ecosystem. A mixture of 25% vermicompost from another bin and 75% new bedding creates the perfect conditions.

Aged horse manure also makes great bedding. It’s rich in microbes and contains a healthy mix of carbon and nitrogen, and doesn’t need to be mixed with vermicompost. Your worms will also be able to process the manure, further enriching your soil. The downside to horse manure is that it can contain rocks, weeds, and other items that can’t be processed.

For a horse manure bed, you’ll need enough to create an 8-inch deep layer in the bin. Spray the manure until it feels moist, but not overly wet. A moist bed is vital because worms won’t survive in a dry environment.

If you don’t want to use horse manure or vermicompost, use paper and corrugated cardboard. Shred the papers into long, thin strips and soak them for 24 hours. Wring out the saturated material so that it feels like a damp sponge, and place it in the bin.

If you’re using paper, you’ll need to simulate an ecosystem. (Manure and vermicompost come with their own ecosystems.) To do this, add small amounts of:

This creates a mixture of substances and textures all at different stages of decomposition. You’ll also need to add something that will decompose, such as an apple core or a banana peel. As this decomposes, it’ll add microbes to the bedding.

Add the worms once decomposition has occurred.

How to Add Worms Successfully

Allow the worms about a week to settle in before you begin feeding. Burying the food into the bedding will encourage the worms to process it. Food left scattered across the top can go untouched by the worms, and will start to rot. The items you can and can’t put in your worm bin are largely similar to what you can and can’t add to a compost heap. Basically, if it won’t break down, you can’t compost it.

After a week, check that the worms are eating the food. If they are, you can now add more food to the bin.

If you find yourself running low of suitable worm food, organic cornmeal is ideal. You can also add cornmeal to the bin if you’re going away for a couple of days and aren’t able to feed your worms.

While the worms won’t require new bedding as often as they require food, it is important to keep adding material. Items such as leaves, shredded paper or cardboard, and wood chips are ideal.

As you continue to feed and care for your worms, look out for those that are moving around the bin attacking pockets of food. This is a sign that they’re happy. Worms curled up in the corner of the bin or worms to escape are signs that your bin is not a healthy environment.

Happy worms will also begin to reproduce, so the appearance of cocoons is a positive sign. As is the presence of other organisms. Finally, a healthy worm bin should have an earthy smell, rather than a foul one.

How to Harvest and use Vermicompost

The easiest way to harvest the castings is to move everything to the side of the tray or bin. Then push the any partially composted food to the middle of the tray. Add new scraps and matter to this pile and replace the lid. The worms will head for this pile.

After two weeks, you’ll be able to remove the castings without accidentally removing any worms. Once you’ve harvested the vermicompost, give your worms fresh bedding.

The easiest way to use vermicompost is to simply mix it with your soil. If you’re filling a raised bed from scratch, mix the castings with soil to a ratio of 1 part castings to 2-4 parts soil. You can also spread the vermicompost with a hand spreader over the area you are preparing for planting.

Finally some people like to brew the castings into compost tea. You can then spray this onto the garden, making your castings go a lot further. This will also form a protective barrier on the exterior of your plants, discouraging disease and pests.

With the proper care and attention, your worm bin will soon be producing a steady supply of “black gold”. Not only does vermicomposting naturally benefit your plants and garden, maintaining a worm bin or two is also a great way of reducing your green waste. In fact, an established worm bin is an easy-to-maintain, beneficial addition to any home.