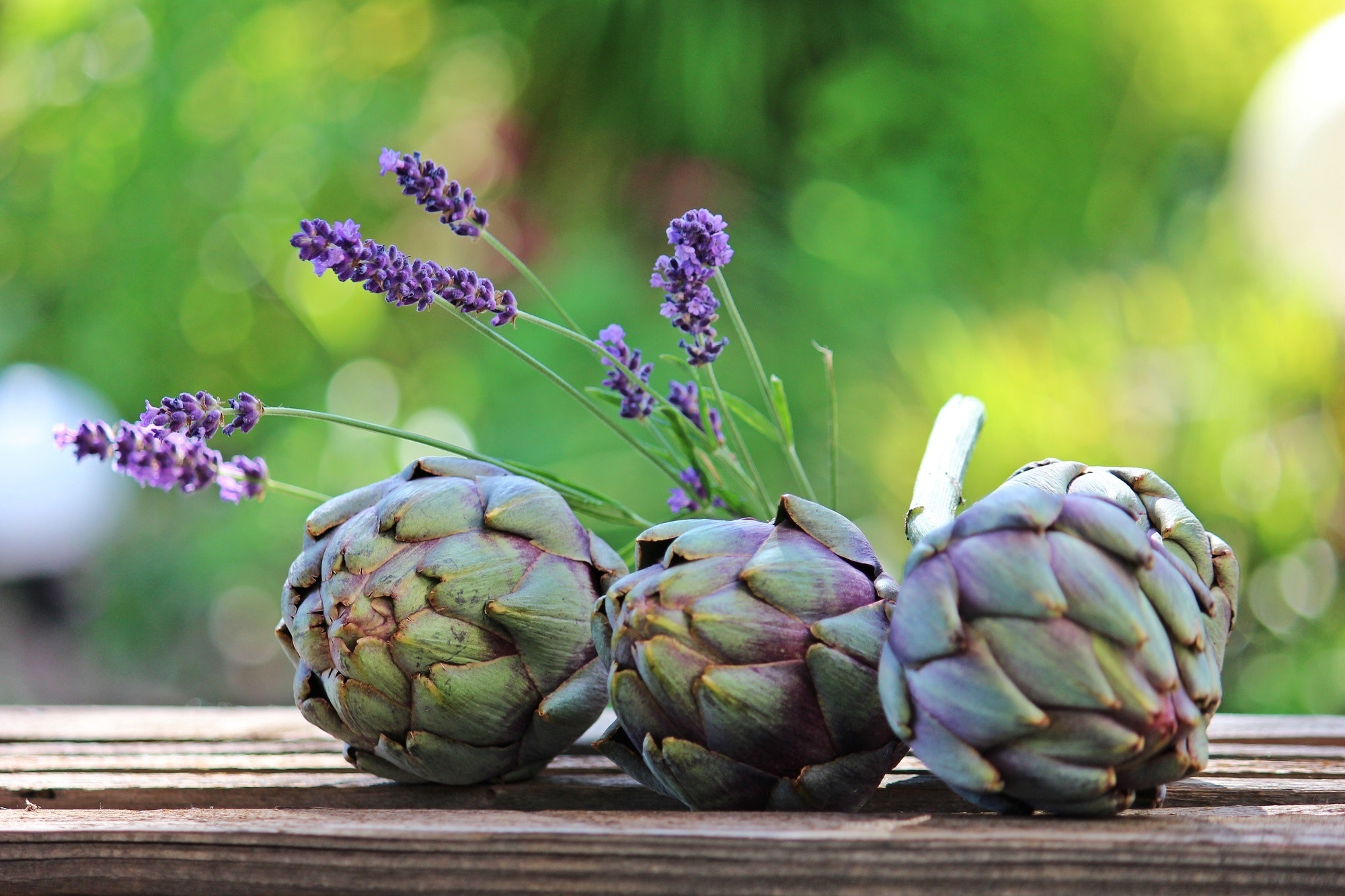 Are you of Italian ancestry? Do you love foods from Italy’s diverse regions? Whether you’re a fan of Sicilian or Sardinian food, minestrone or melanzane, we’ve got you covered. Follow our guide to creating a wonderful vegetable garden design that incorporates many of your favorite Italian flavors and ingredients.

Italian food is one of the most popular cuisines worldwide. It’s known for its simple recipes that use the freshest of ingredients. Therefore, an “orto”, or garden based on this country’s most important vegetables and herbs, is a great way to eat healthy. delicious food inspired by this Mediterranean region.

I grew up in an Italian-American household, and my maternal grandfather was from a village in Sicily, near Palermo. I married an Italian man who was raised in Rome, and I now reside on the enchanted Italian island of Sardinia—his birthplace.

My grandfather was an avid gardener and I remember his garden was always nice and neat, with rows of tomatoes, peppers, garlic, zucchini, and eggplant. He also grew gorgeous roses, snapdragons, and bright red geraniums.

Italian cuisine is hyper-regional, which means that each region has its own distinct flavors. These developed due to the geography and terrain, and therefore the growing conditions available for each species.

This country’s food is also a history lesson, as traditional dishes around the country are influenced by other cultures’ invasions. Vikings, Arabs, and many others in between all left their mark on the region’s culinary history. Some regions, like Sicily, embraced the foods of other places, while Sardinians left their island’s shores, moving to the mountainous interior to preserve their traditions.

To highlight the regional cooking of Italy, I thought it would be fun to design a garden that groups the staple ingredients of various regional cuisines. If you want to get really ambitious you can try to create a garden in the shape of a boot, and place the plants according to each region.

You could also upcycle some old boots as accent planters in the garden. Plant herbs like basil, arugula, or Italian flat-leaf parsley to give a nod to the association between Italy and this type of footwear.

Italians love using all sorts of decorative pots. Most Italians live in cities, and they only have balconies at their disposal. Despite this, you’ll see everything from herbs to flowers and even tomato and pepper plants on those balconies. The more decorative the pots, the better.

Of course, there’s a lot of overlap in terms of the produce used in Italian cooking. It would also be difficult to use all the 20+ regions in your garden design unless you have several acres to play with.

As such, I’ve made it simple by just using four simple categories. North, Tuscany, central, and mezzogiorno (or southern Italy, which includes the islands).

You can design this section of your garden, much like a three sisters garden, especially if you connect to the Tuscan section, which contains beans.

Since the 17th century when the trade relationship with the Americas began, polenta—a type of cornmeal porridge—has been a staple food in the north of Italy. There are two varieties which are cultivated: “Granturco” and “Fioretto”, but most grain-type corn varieties would do nicely.

Then try these 27 delicious polenta recipes.

Pumpkins and winter squashes of all varieties are cultivated and used in northern Italian cuisines. You see them commonly used as a stuffing for tortellini or ravioli, but can also be found in risotto or soup, and even desserts.

Plant your favorite varieties that grow well in your region.

There are many zucchini varieties to choose from, available in many different colors. In general, they’re best eaten when about 6 inches long. They may be deep fried, grilled, or roasted. These vegetables are also delicious sautéed in olive oil with onions and garlic.

Zucchini blossoms are also a treat when stuffed with cheese or meat and fried, and are often used as a pizza topping. In fact, they may be even more popular than the vegetables themselves.

Tuscany is known as “wine country”, and its cuisine is as luscious as its grapes.

Tuscans are literally nicknamed “the bean eaters”, so these legumes are a must-have in this garden. The most popular varieties are “Borlotti” and “Cannellini”. They’re enjoyed in stews, soups, and pasta dishes, and sometimes served as a side dish with a drizzle of olive oil.

Cavolo nero means “black cabbage” in Italian. It’s a beautiful kale that is sometimes known as lacinato, or dinosaur kale. It’s usually used in classic soups like ribollita or minestrone.

Chestnuts are a mainstay of Tuscan cooking, and they’re also popular in Sardinia. In both places, the nut was used predominantly by peasants who couldn’t afford wheat, which was more expensive.

They can be roasted, boiled or poached, pureed and used in soups and puddings, or baked into cakes. You need two trees to induce pollination, but you can grow them from seeds.

This region incorporates tomatoes and meat into many of its meals, but is also warm enough to grow melons and heat-loving vegetables.

The best artichokes I have ever eaten were in Rome. Although artichokes grow best in the south, they’ve become a Roman specialty. They come in green and purple varieties and can be eaten in a number of ways. Try them raw, braised, or even stuffed with breadcrumbs like my grandmother used to make.

I have also eaten some of the best greens in the outskirts of Rome, from chicory to Swiss chard and spinach. They’re usually served as a simple side dish sautéed with olive oil and salt, and splashed with lemon juice.

Plant a variety that your family enjoys. Greens can be frozen easily for later use too, if you happen to get a bumper crop.

During the summer, roadside stands and farmers markets are bursting with watermelons. They’re usually large varieties, rather than dwarf or seedless. Italians enjoy taking slices to the beach, or eating melon as a dessert on a hot day.

Watermelons favor hot weather and full sun, although some have been developed for cooler climates.

Fennel bulb resembles celery, and it’s topped with long stalks that end in dill-like fronds. It tastes of anise and licorice, and we eat it raw, sliced thinly, dressed with salt, olive oil, and red wine vinegar as a salad after the main course. Eat raw fennel to help with digestion and alleviate flatulence. In contrast, warm braised fennel is a delicious treat during the winter months.

Although eggplant originated in Asia, it has been cultivated in Europe since the Middle Ages. That said, it wasn’t widely used in Italy until the Renaissance. The name in Italian, “melanzane” means “unhealthy apple”. These days, it is widely enjoyed all over the country in a variety of different ways.

Eggplant flowers are beautiful, and the fruits themselves come in a variety of shapes. They can be oblong or round, and feature colors from white and pink to dark purple and even blue-black.

Southern Italian food has a reputation for being spicy. One of my favorite Italian peppers is the pepperoncini: it’s delicious pickled and slapped on a pizza.

You can’t design an Italian garden without tomatoes. Tomatoes are quintessential to Italian cuisine, even though they come from the Americas and were literally unknown in Italian cooking before the 16th century.

Some Italian varieties are “San Marzanos”, which are usually made into sauce, and “Cuore di Bue” or “ox heart” tomatoes. These are most commonly eaten raw in salads.

Herbs are the cornerstone of Italian cuisine, as they’re used to flavor literally everything.

There are over 50 basil varieties, but the most well-known is sweet basil. Use it to make pesto and season other sauces, as well as fish, chicken, and seafood. It’s literally a must-have for your Italian garden.

Plant basil in amongst your tomatoes, eggplant, cabbage, beans, and peppers. All of these plants benefit from the herb, so plant it liberally all over your garden.

Parsley is used all over Italy and is probably the most common all-purpose herb. Plant it around corn, onions, peppers, and tomatoes for maximum companion-planting benefits. Aim for the flat-leaf variety, rather than the curly, flavorless stuff usually used as garnish.

Marjoram is one of the best herbs for pollinators. Plant it in several large clumps around the garden so bees will have a lot of nourishing food.

Sage is used a lot in Tuscan cuisine, as well as northern Italy. It’s delicious with pork and veal, as well as a seasoning for beans. Grow it in full sun, and don’t over-water it. Plant it near your kale to keep cabbage beetles at bay.

Rosemary likes full sun and drier weather, and In Italy, it grows like a big shrub. Repels bean beetles and cabbage moths.

Fruit trees are as much a part of the Italian garden as vegetables and herbs. In fact, almost every Italian home that has a little land has at least a few varieties. These are the most common.

These tart little fruits are a must-have for any Italian culinary garden. They’re used extensively in Italian cooking to season vegetables, create desserts, and of course to squeeze over fried fish or any other foods cooked in batter.

Figs grow wild all over Italy, and are in season from July to October. There are two main varieties: the green-skinned and the purple, and both are delicious. The oldest fig tree in Italy is reported to be living in a garden in Palermo, Sicily.

Italy is one of the world’s largest grape producers, both for the table and for wine. Almost all rural properties have some sort of vineyard. Growing up, a lot of the Italian American families I knew had a grape arbor in their backyard. Try growing the “Italia” variety and you won’t be disappointed.

If you want to cook authentic Italian food, it’s important to use the freshest ingredients possible. This is why it’s best to grow some of your own plants to produce quintessential Italian ingredients. We’ve just touched upon some of the essentials here, but add herbs and vegetables you like best. Garlic, onions, radicchio, agretti… plant the varieties you love best, and they’re sure to thrive.