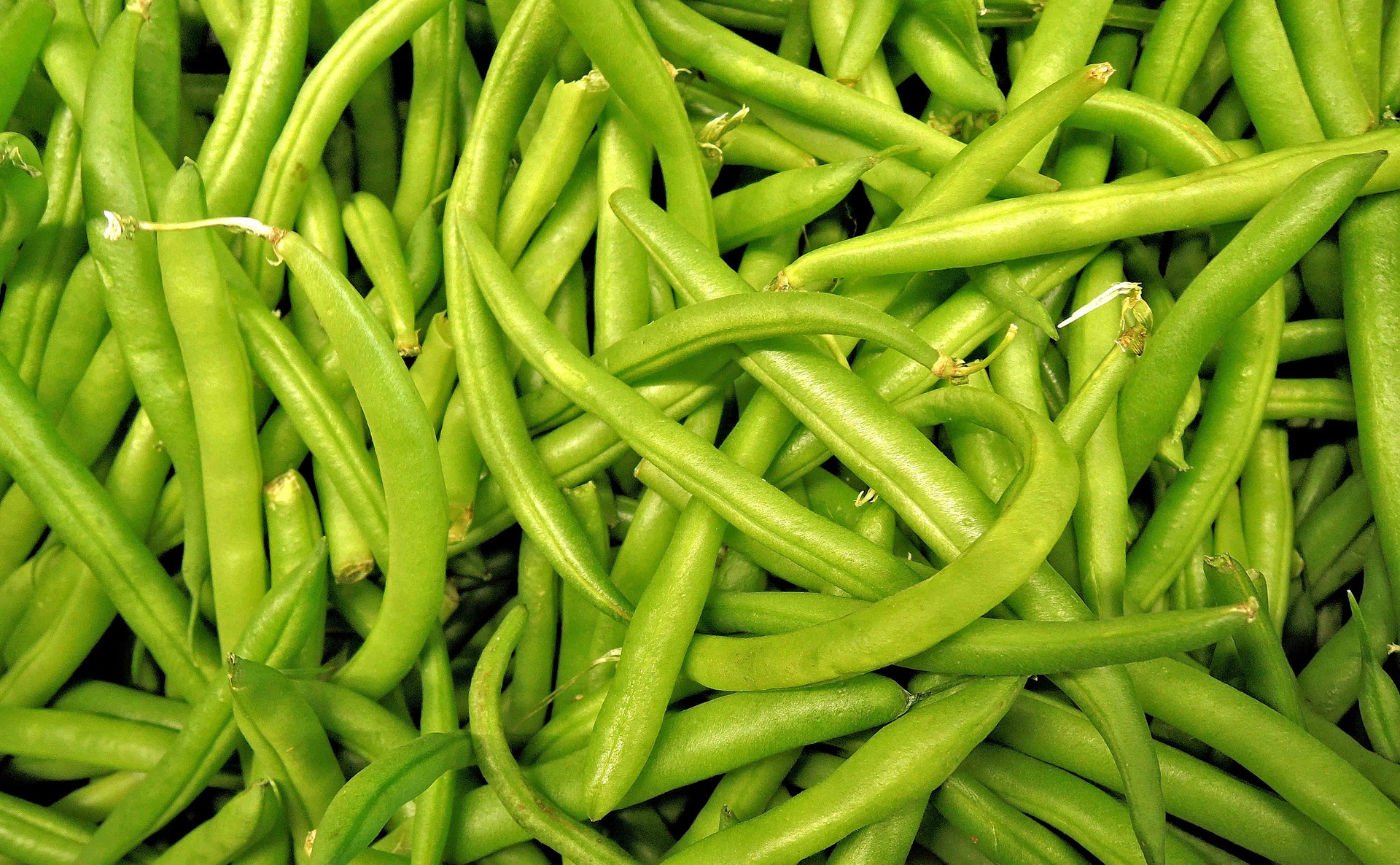 Around the 1300’s, the Iroquois nations around the Great Lakes began planting corn, beans and squash together. This trio of important crops came to be known as a “three sisters garden”, and is one of North America’s oldest forms of companion planting (plant friendship). In fact, it’s one of the cornerstones of sustainable permaculture gardening. Read on to learn how to grow this wonderful, symbiotic trio in your own space.

This grouping was named for the idea that the plants grow and work together in harmony: like three dear, loving sisters. Planting crops together to directly benefit each other is one of permaculture’s fundamental teachings. The “sisters” nurture each other, helping to bring out the best in what each plant does best naturally.

The simplicity of this symbiotic plant relationship is a role model in the garden to be looked up to. Corn stands tall and strong, creating a living trellis for the beans to climb upon. Beans return the favor by replenishing nitrogen back into the soil. Squash sprawls out over the ground, creating a thick, natural weed barrier.

This historical plant friendship has aided humanity so much over the years that it has even been commemorated on the American Sacagawea $1 coin. It’s that invaluable, and absolutely worthwhile to cultivate in your own space.

I’ve grown this wonderful plant trio many times in my own gardens, and strongly recommend every gardener to experience it for themselves. Looking out into your garden and seeing the “sisters” thriving together is a beautiful metaphor of unity among separate species.

Squash, beans, and corn are all warm season crops, so make sure to begin planting after all threat of frost is over. Buy a farmer’s almanac or look up online for your specific region’s frost dates. This is incredibly important, as none of these crops will tolerate cold.

Corn can’t be exposed to low humidity and high heat during its tasseling period (30-70 days after planting, for most species.) If you live somewhere that’s known for this weather—such as the southwestern USA—plant before mid April to beat the heat. This will ensure that the pollen-releasing period will happen before June/July. If planted too late, the heat may render your corn infertile.

Squash and corn are both “heavy feeders”. This means that they use up a lot of minerals and nutrients as they grow. One of the beautiful aspects of a three sisters garden guild is the beans’ nitrogen-boosting capabilities. The only downside is that most of that nitrogen produced by the beans won’t be available until next season.

This is why Native Americans commonly buried a fish inside each mound. The fish would release nutrients as it decomposed in the soil. Add aged cow manure or compost into your soil to give these crops the extra boost they require this season.

Traditionally, the “sisters” are all grown together on a mound of earth. The topsoil mound is mainly for the squash’s benefit. Squash, like other sprawling vine crops (such as cucumbers and pumpkins), seem to respond favorably to growing on top of plateaus.

Make these tiny plateaus 12” tall and about 18” in diameter. Planting on a small mound keeps the tiny seedlings from getting washed away by heavy springtime rains. If you live in a drier climate, or if your soil drains quickly, create a bowl on top of the mound. This will help it retain water, and draw it down to the roots.

One thing to keep in mind when planting a three sisters garden is how much space you have available. Squash grows really quickly: an established squash plant can grow over a foot a day! Since, it can (and will) sprawl across your garden so quickly, plant it somewhere that it’ll be able to stretch out. The rest of your crops will thank you for this extra breathing space.

If you’re planting lots of these mounds, be sure to space them five feet apart, from center to center.
Otherwise, there will be competition among plants for the same sunlight and moisture. This bit of forethought will allow your creeping squash vines to grow unimpeded.

I recommend sowing seeds directly into the mounds, as none of these vegetables like being transplanted. Direct sowing them also helps to strengthen root systems, leaving them undisturbed during their first few weeks as tender seedlings.

The order in which you plant these “sisters” is by far the most important aspect of this garden. My first attempt never materialized, because I decided to plant all my seeds at the same time. I quickly realized that the corn needed more time to get tall before planting the fast-growing beans and squash. My happy little corn plants quickly lost the battle for sunlight… and I was left with a mess of bean and squash vines sprawling in every direction.

Choose a tall variety of corn so there’s plenty of room for your beans to climb on. Try varieties like Flor del Rio (a tall popcorn that produces 2-4 ears on each stalk!) or even Dia de San Juan. Hopi sweet corn and other Southwestern US corn varieties are not suitable for a three sisters garden. These varieties have been bred to stay short and use less water, so beans will quickly climb up and over run them.

Corn is wind-pollinated , so either gridding your mounds or planting in rows will greatly increase your chance of a successful harvest. Though corn can self pollinate, you’ll get better results by planting this way. I suggest 10-24 corn plants grown in a grid for sufficient pollination. That said, planting more will only increase your chances of success.

Poke your corn seeds 1/2 an inch deep if you have cool, moist soil and 1-1.5 inches deep in warm, dry soil. If you made your topsoil mounds 18” across, it’s best to only plant 4 or 5 corn per mound. Space them evenly (about 4-6 inches apart), towards the middle center of the mound.

Keep the soil moist. Once the corn plants are least 6” tall, it’s time to plant the beans.

Plant the beans pretty close to the corn: 2-3 inches away should be fine. Since you want your beans to climb the tall corn stalks, make sure to select something from the pole bean family. Choose varieties such as Scarlet Runner, Lima, or Four Corners Gold for this type of garden. They’re not vigorous growers, and therefore won’t take over your corn plants. My personal favorite is Scarlet Runner, as they produce red flowers that attract hummingbirds to my garden.

Tepary beans, native to the southwestern US, should be avoided. These are bred for dry climates, so corn and squash’s high water needs will drown them out quickly.

Beans are self pollinating, so you’ll still get some beans even if only one plant grows. Be warned: growing beans so closely together will lower your yield. If you want a much larger bean harvest, plant a few more off by themselves somewhere.

The beans serve multiple functions. The first is that they help strengthen each corn grouping from strong winds by weaving and connecting them together as they grow.

The second function is that beans are natural nitrogen replenishers.

Well, it’s not actually the beans as much as it’s a bacteria called Rhizobia that’s responsible for the added nitrogen into the soil. Rhizobia are small growths on the beans’ roots, called nodules. These nodules are able to convert nitrogen chemically from the air into a usable form. After the bean plant dies, all the fixed nitrogen stored inside becomes available to other plants.

Leave these “retired” bean plants as mulch or mix them into the soil after the harvest is over. They’ll help give your crops a great nitrogen boost next season!

Get your squash seeds into the ground about a week after the beans are planted. You can actually use any member of the cucurbit family: squash, watermelon, pumpkins, or gourds. Plant 4-6 seeds along the mound’s outer edge. This gives your beans and corn an even better chance to grow upward before the squash dominates the ground below.

Squash plants need insects for proper pollination, so planting a lot of them will help attract more pollinators.

If you’re growing in a smaller space or raised bed, try a compact summer squash variety like Yellow Crookneck or Dark Star zucchini. If you have more room for your squash to sprawl out onto, try winter squash varieties such as Magdalena Big Cheese or Sugar Pie pumpkins.

Squash’s purpose is a ground cover, helping to block out the majority of would-be weeds. The sprawled-out vines also help to create a micro-climate, catching morning fog as it passes over. Fog droplets collect on the leaves, which then drip down to the soil and roots below. The squash plant itself becomes a living mulch, helping the soil from drying out too quickly during dry summer spells.

Watch out for squash bugs! They can take over your garden patch quickly! If you find squash bugs, scrape off and destroy their eggs on the leaves’ undersides. You may also want to try growing dill nearby, as it helps deter these insects. Lay pieces of cardboard or a wooden board near your plants, and check beneath it frequently to kill the squash bugs that are hiding under there.

By far, the worst bugs I have ever dealt with in my squash patch are vine borers. These jerks kill and eat your squash from the inside out! If you think you have these, you can slice open the stem, skewer the bugger out, and then try to help your plant heal from the wound.

In my experience, this method has a very low success rate. By the time vine borers are in my garden, it’s too hot for plants to easily heal after such a surgery. I’ve heard that wrapping foil (or even florists’ tape) around the squash stem’s base will stop the female borers from getting in. Adjust the foil as the stem grows and thickens.

An added squash plant bonus is that its prickly vines are undesirable for critters such as raccoons to crawl over. Your squash vines can become a living fence against such pests.

Though not as common, a lot of folks include this fourth sister when planting. (I’ve also heard of people planting a sunflower in the middle, but beans and sunflowers don’t grow well next to each other.)

Plant just 1 or 2 amaranth in the mound’s center at the same time as you plant the corn. Besides attracting pollinators, amaranth is great at providing shade during the hottest part of the season. Their strong stalks are also excellent for beans to climb on.

I’ve noticed that they’re also excellent self seeders, probably mainly from birds scattering the seeds about. I haven’t planted amaranth in my garden for several years, yet I still have plenty growing each season.

Besides creating a beautiful neighborhood of happy plants that work together in your garden, this plant combination has a lot of nutritional value to bring to your plate.

Creating such companion gardens is a wonderful way to understand how to tend your garden better by allowing plants to be themselves. I’ve tried mimicking the “sisters” with other combinations to good effect, such as Jerusalem Artichoke (for its tall stalk), passionflower (as the climber), red clover (as a nitrogen fixer), and pumpkin as my ground cover.

Perhaps growing a three sisters garden will help you to conduct your own planting experiments. At the very least, it can help you to see your garden as one big, happy family.