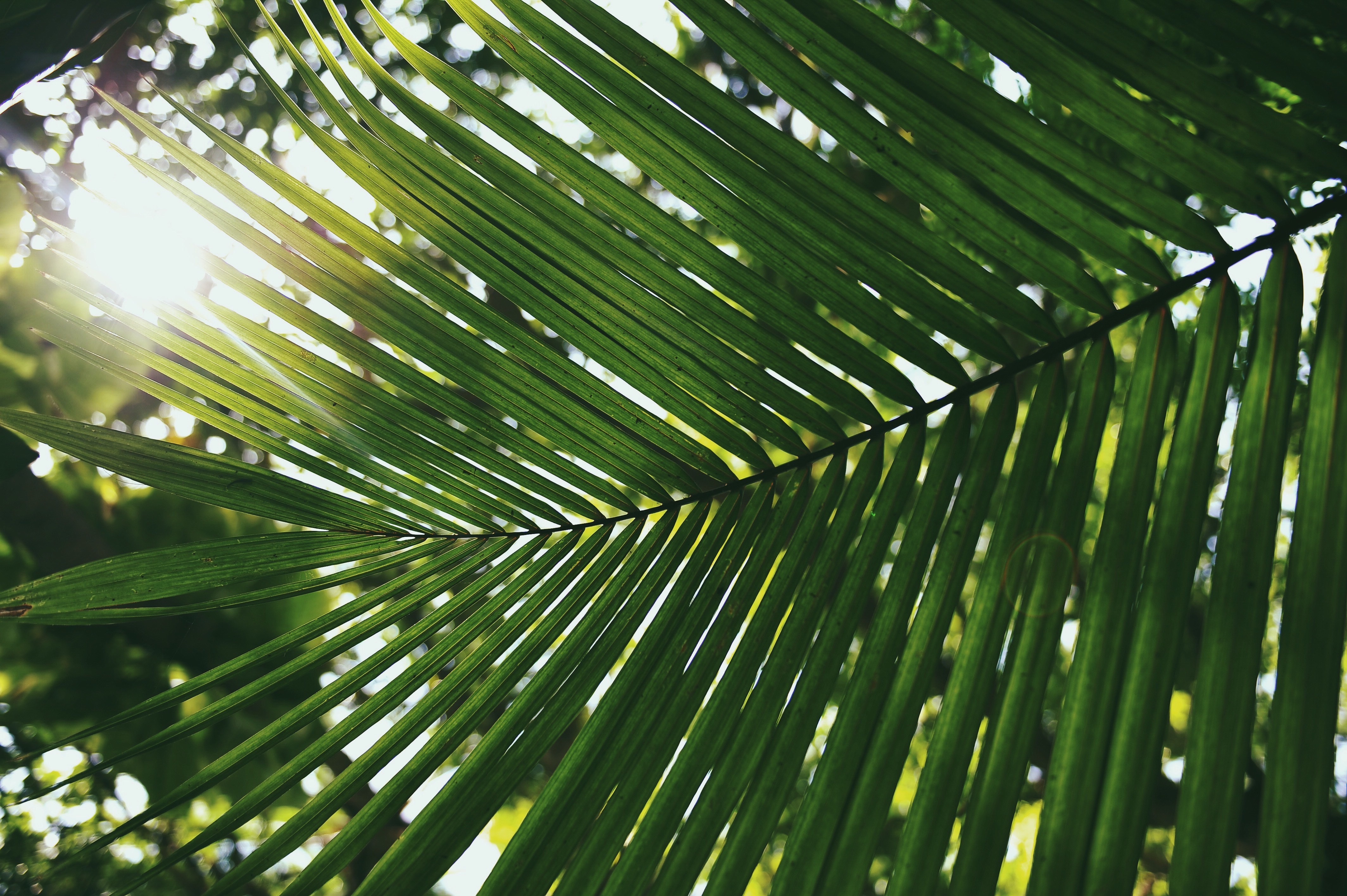 Although commonly known as the “Sago Palm”, this evergreen ornamental plant isn’t a palm at all! Instead, this true survivor of the plant kingdom belongs to an ancient race of plants. In fact, its ancestors go as far back as when dinosaurs roamed the earth. The true botanical name given to what is now a popular architectural specimen is the “Cycas revoluta”.

Cycas is a species within the Cycadaceae family. Because of their great history, they’re also referred to as “Living Fossils”. Originally, this plant was native to Southern Japan and the Ryukyu islands. Other Cycad species were not contained within these shores, and can be found growing wild in abundance throughout Africa, India, Malaysia, Australia, Central America, the West Indies, Florida and China.

I’ve just returned from a magical break in Egypt. While I was there, I came across some superb specimens that I was very privileged to see. I found that not everybody shares my plant fascination, and was abruptly asked to “move on!”.

The great botanist Dr. Scott, upon the discovery of the Cycas genus, wrote:

“On purely morphological grounds, we may regards Cycas as probably the most primitive type among recent flowering plants…showing a degree of antiquity altogether exceptional for a living genus.”

Praise indeed from an avid plant explorer and exceptional botanist from the early 1900’s.

Scientists today are still discovering new species of Cycads: the Sago Palm is merely one of over 300 species already known to us. Typically, as with much of the world, terrible destruction of their native habitats and extensive harvesting has proved fatal to this group of plants. As such, this has resulted in many species of this prehistoric genus becoming extinct.

It’s a pleasure to share with you the fascinating history behind the Cycas revoluta. Furthermore, for those of you lucky enough to own one of these striking tropical plants, I’ve created a guide on how to give them the best care and attention throughout their very long growing life.

Books I have found from the early 1900’s described this plant genus as “a halfway transformation from ferns to flowering plants”. Apparently this was because of their vast, frond-like foliage. Further paragraphs also describe their true identity:

“Although they bear some resemblance to Ferns, and are popularly supposed to be Palm, their relationship is with the Coniferae. Except in their cones, however, there is no resemblance between these two orders”.

From this we understand that the Cycad genus was botanically grouped and a close relation to the Conifer plant family.

Research has shown that hundreds of thousands of years ago, the Cycad population was formally far more diverse and abundant than they are today. These are one of many plants in the Jurassic era, along with the Gingko biloba family, the Monkey Puzzle Tree (Araucaria) and a further 20 or so genus.

Several Cycas species have stems reaching an impressive 40 feet high. Generally, they have thick stems that bear broad crowns of pinnate, sometimes spinous leaves. These grow from the centres and have conspicuous midribs. These midribs extend the whole length of the leaves, much like the tree fern “Dicksonia antartica”. This, I might add, is one of my most favourite plants EVER.

The fruits—or cones—are quite large in size, and develop from the central crown. In most cases the plants are invariably dioecious; meaning that there are separate male and female plants. The female and male plants bear a cone-like reproductive structure, known as the “strobilus”.

Another interesting fact for you is that Cycads are gymnosperms. This is a Greek term that translates to “naked seeds”, and refers to the seeds’ unenclosed conditions. After fruiting, their seeds are left open to the elements to be fertilized by a specific pollinating beetle species.

Other ornamental plants belonging to the Cycadales order include those in the “Strangeriaceae” and the “Zamiaceae” families. All of these ancient plants have changed little since Jurassic times.

When you have a minute, why not take a look at these awesome pre-historic plants for yourself?

Popularity of the Cycas revoluta

Although we’re pretty sure that this plant’s large fern-like leaves were once a dinosaur delicacy, they gained huge popularity as a conservatory or “Stove House” tropical plant in Victorian times. Their impressive stature, hardiness, slow growth, and small root space added value to their wonderful arching symmetrical fronds.

As already indicated, these are REAL slow growers and can live for hundreds of years. For example, a plant with a ten-foot trunk could have taken 100 years to grow. This is just one of the reasons why we need to look after them properly.

Please note that parts of the Cycas revolta plant are highly toxic to pets and children. They contain the neurotoxins Cycasin and BAA, which cause neurological disorders when ingested can .

Sago Palm fronds are regularly used within the florist industry. As such, they’re cultivated on a wide scale throughout Japan for exportation to Europe. The evergreen fronds retain their lush greenness and glossy appearance once cut, making them especially popular.

“Sago” is also harvested from the Cycas revoluta, amongst other Cycads. This is a starch that’s extracted from the plants’ sponge-like centre pith. It’s apparently similar in both taste and texture to tapioca, and has been the staple food for lowland populations of New Guinea and the Moluccas for centuries. In these countries it’s known as “saskak”, “rabia”, and sagu”.

Large quantities of sago are sent to North America and throughout Europe for cooking purposes.

Natively, Cycads are found growing in diverse conditions. Some survive the harsh desert, some thrive in semi-desert conditions, and others are quite at home in wet, rainforest conditions. Many grow in sand or even rock, but I recommend planting your Sago palm in a well-drained, humus-rich compost.

I tend to add a good amount of grit and leaf mold to aid drainage and add nutrients. These plants prefer a slightly acidic soil, so the additional leaf mold takes good care of this.

These huge plants’ root systems are relatively small and compact. When re-potting, shake out excess old soil and gently tease the new compost around the roots. This will ensure good contact and positive growth.

Be careful because the fronds of the leaves can be very sharp and scratchy. Try using an old pair of tights to wrap the fronds upright and together before tackling the re-potting task.

Care Tips for Your Sago Palm

The Sago palm is renowned for its easy-care nature, so just water it once per week throughout the spring and summer months. As with all tropical plants, they like a good amount of water before being left to dry out. Then water well again, and continue this pattern as needed.

Never leave your plant sat in excess water, as this will cause root rot.

Throughout the winter, your Sago Palm will need less water—maybe once every two weeks.

Feed your Cycas with a diluted seaweed feed once every three to four weeks throughout the growing season.

You’ll need to keep your Sago palm indoors over the winter. Although hardy, they can’t withstand the freezing cold. That said, they’re quite tolerant of brief periods of low temperatures: around 5 degrees C, or in USDA zone 9a.

The ideal temperature for keeping your Sago Palm is around 80 degrees F in the daytime and 60 degrees F at night. That’s 20 – 25 degrees F.

Feel free to put them on a sunny patio or backyard throughout the sunny summer months. The fresh air does them good, and can quickly eradicate any pest problems by way of natural predators lurking outdoors.

There’s no need to prune your Cycas unless there are dead fronds on your plant. It’s quite natural for some of the older fronds to turn a yellowy brown colour. This just means that your plant is conserving valuable nutrients.

Always wear gloves and use sharp snips when tackling your plant, as their fronds are both incredibly sharp and tough.

Propagate by sowing Cycas seeds, or by removing offsets from your main plant.

Here’s a quick guide on how to do it:

With most plants there are always some pests, but there are relatively few with the Cycas though.

Scale and mealybugs are your main contenders. Clean them from the fonds, (carefully), and spray with a suitable insecticide to eradicate them.

The only real problem to be aware of is if the young, new leaves start to turn yellow. Yellowing of young leaves is an indication of a possible nutrient deficiency.

Using a well-diluted liquid feed, such as seaweed, (which is a foliar feed), throughout the growing season will ensure you don’t have such problems.

To create a truly “prehistoric” indoor foliage garden, take a look at the other ancient survivors of the plant world. The “Zamia furfuracea”—otherwise known as the “Cardboard Palm”—is native to Eastern Mexico. It’s pretty spectacular, with a swollen, woody trunk and large fern-like leaves.

The “Encephalartos altensteinii” is another palm-like Cycad, native to the Eastern Cape in Southern Africa. This has a rather funny Greek-derived name that means “bread in the head”.

This name comes from the ancient practice of removing the pith from the cycad’s highly toxic stem and burying it in the hot ground for two months or so. After this time, the stem is dug up and kneaded by hand into bread, then baked in fire embers. Apparently, during the two months underground, the poisonous toxins within the pith are destroyed and all the family have a hearty meal.

I’m not sure that I’ll give this a go, but I’m still stuck on something about this pre-historic plant life!