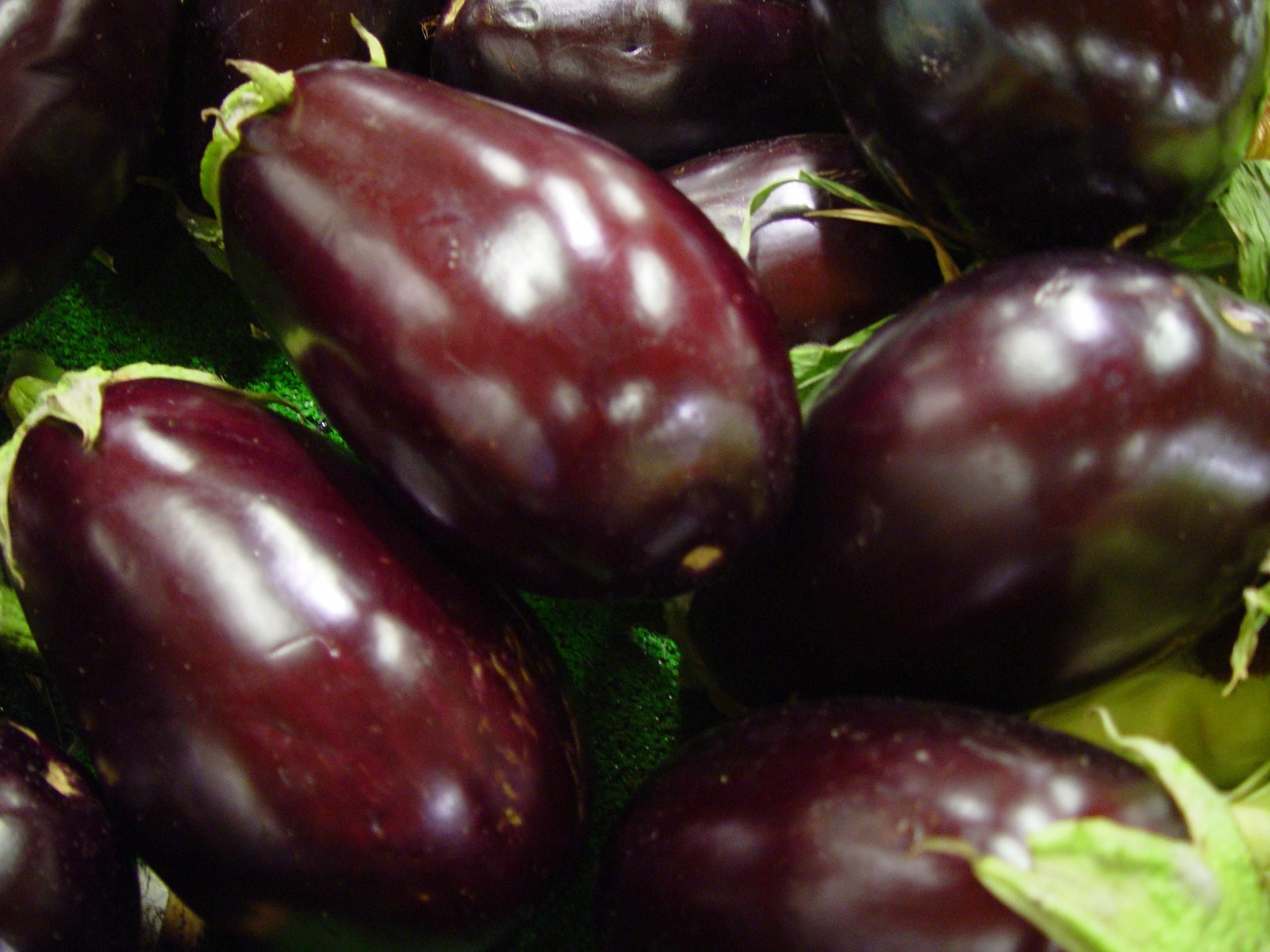 Purple vegetables are just as easy to grow as other vegetables, and they add extraordinary beauty to your garden. There are also other benefits to growing them beyond their aesthetics. Read on to learn all about all the benefits these lovely plants have to offer.

Are Purple Vegetables Healthier than Others?

What’s the deal with purple vegetables? Are they really healthier than their counterparts?
They contain Anthocyanins, which are water-soluble pigments. It makes plants turn red in acidic soil, blue in neutral soil, and yellow in alkaline soil. If you’ve ever noted hydrangeas’ varying colors, which range from white to pink and blue, you’ve witnessed these pigments in action.

Plant color can also be affected by heat. Be aware that some species we discuss in this article will turn green when cooked. But that doesn’t mean you shouldn’t grow them.

Anthocyanins are also antioxidants, which means these vegetables may be healthier for you since they help reduce body inflammation. Chronic inflammation is one of the major causes of disease, from type 2 diabetes to heart disease, asthma, arthritis, and even cancer.

Their benefits don’t stop with human wellbeing either. Purple plants are good for your garden because their deep hues attract pollinators. Bees in particular are especially attracted to purple and blue.

Here are some gorgeous and healthy purple vegetables to add to your garden this year!

Kohlrabi isn’t a bulb, but is used similarly in cooking. It’s more like a turnip, only sweeter. It prefers to grow in cooler climates, and is native to Europe—discovered in the 1500’s. Use it raw in a slaw or cooked and pureed to add a creamy texture to soups. It’s also delicious roasted. Its greens can also be eaten, and are often found in Indian curries. Try Early Purple Vienna for a spring harvest.

Red cabbage is found on tables all over Europe, the Americas, Asia, and Africa. It’s great as a colorful component to slaws and other cold salads, but can also be enjoyed hot and spiced, as in Rodkal. The January King variety has curly leaves with greens, purples, and hints of turquoise. Heads usually weigh around 1 pound, and are delicious roasted.

Not only are its fruits purple, but so are its showy flowers. Although the first eggplants originated in India and have been cultivated there and in China for 1500 years, they’re also very popular in Mediterranean cuisines. You’ll find them in many Italian and Turkish dishes. Graffiti eggplants, also known as Sicilian eggplants, are striped purple and white and are delicious in Sicilian Caponata.

Want to make a stunning bruschetta or caprese? Try one of these purple tomato varieties.
Cherokee Purple takes its name from the people who originally grew it, or so the story goes. It’s described as having a balanced flavor that’s sweet, acidic, savory, even smoky.

Black Krim is another heirloom tomato, which originated in the Russian states. Its fruits are dark red and purple in color, and taste very sweet.

Carrots weren’t always orange. In fact, it wasn’t until the 1700’s in the Netherlands that the orange carrot was born. They had been growing purple, white, and yellow carrots up until that point.

Purple Dragon is a beautiful variety with a dark purple outside, which reveals an orange and yellow interior when cut. They’re sweet to the tongue, and retain their color when cooked. But they would look stunning in a carrot ribbon salad.

Purple Passion or Purple Mountain spinach is an heirloom species. Orach, which is in the spinach family, grows wild in Europe from Siberia to the Mediterranean. It originated in Persia about 1,000 years ago.

Serve it in a salad with a nice vinaigrette, but don’t miss out on warm applications: it’ll turn risotto and rice pilaf a pleasant pink color.

Developed on the Japanese island of Okinawa, purple sweet potatoes are now grown mostly in Hawaii and are popular in Latin and Asian dishes.

They do retain their color when cooked, so try them as mashed potatoes or French fries. They’ll add a purple punch to what are normally considered bland white foods. They’re denser than orange sweet potatoes, and for that reason, will take a bit longer to cook.

These colorful heirloom potatoes are native to Peru, where almost 4,000 different kinds of potatoes are grown. Use them for boiling and baking, since they tend to get mushy quicker than other potatoes. Try the Peruvian Blue variety.

For a potato with purple skin and a white interior, try Purple Viking. They’re a great all-purpose variety with a buttery flavor.

Also known as Blue Corn, it originates in Mesoamerica. Used in pre-Inca times, it has been cultivated for over 2,500 years. One of the main food sources in Peru, blue corn is used extensively to make bread and tortillas but is also to flavor sorbets, puddings and popsicles.

One of the most popular uses for purple corn is in “chicha morada”, made by boiling the kernels with fruits and spices. This drink dates back to before the Incan empire.

Purple cauliflower’s origin is unknown, but could possibly be Italy or South Africa. It was prized during the Renaissance because it was so beautiful. Roast it and add it to salads, or try making a cream of cauliflower soup for a real regal treat!

Via The Baltimore Snacker

Also known as Red Okra, it tastes like a cross between asparagus and eggplant. It’s native to Africa and grows beautiful hibiscus-like flowers. Okra is popular in many cuisines all over the world. Although it turns green when cooked, it will still taste delicious. New to okra? Try it fried.

Sweeter in taste than the green variety and more flavorful than the white, purple asparagus might be the best of all. It’ll lose its color after cooking but tastes delicious raw.

It was used in Egypt as far back as 3,000 BC, and also enjoyed by the ancient Greeks and Romans.

Royal Burgundy is a bush variety that grows well in cool conditions. The beans have purple skins that turn green after cooking, and green interiors. Eat them raw in salads to preserve their vibrant color.

Purple artichokes are stunning. Try the baby Fiesole variety that’s entirely edible, and has a deep, richly nutty flavor. They’re named after an ancient Etruscan town near Florence, Italy, where they were cultivated. They taste great baked, boiled, marinated, roasted, or steamed.

Also known as Rapini, or Broccolini, they’re the flowering part of various brassicas like broccoli, purple kale, or turnips. They’re traditionally enjoyed as a pizza topping, especially with sausage. Also delicious as a side dish, sautéed with olive oil and served with a squeeze of lemon, or in Puglia, Italy’s traditional dish: Orecchiette with Broccoli Rabe.

Radicchio is part of the endive family and is known as an Italian chicory. It’s delicious in salads paired with balsamic vinegar. Or try it grilled or roasted. It has graced the tables of Italy since Roman times, and the varieties are named after the various regions where they’re cultivated.

Beetroot, known simply as “beet” in North America, has been a staple root vegetable since the Middle Ages. Try deep red Bull’s Blood or candy cane-striped Chioggia varieties. Try roasting them and pairing them with balsamic vinegar and goat cheese.

Red kale is a very showy and gorgeous addition to your purple garden. Many people grow them just for the sake of their beauty, but they’re also edible. Eat younger leaves raw, but cook older, larger leaves. Try making colorful cabbage rolls, or just braise the leaves for a flavorful side dish.

Onions are a staple in any garden and kitchen. All onions are delicious grilled, pickled and caramelized, but red onions are sweeter. Enjoy them raw on sandwiches or burgers.

Try Red Bull for an onion that stores well, or Torpedo and Tropea onions that are sweet and delicious. Check out more red onion varieties here.

Brussels sprouts come from Belgium, near the capital city for which they’re named. The red variety was created through the process of breeding a red cabbage variety with a green Brussels sprout variety in the 1940’s. This is known as hybridization. They’re sweeter and lack the “funk” of their green cousins.

As a Bonus: Some Purple Companion Plants

While you’re cultivating this luscious garden, why not add some lovely purple and blue companion plants as well?

Bees and other pollinators love borage. It’s native to the Mediterranean, but is grown in many parts of Europe and North America. Plant them in clumps next to beans, brassicas, and tomatoes. The flowers are also edible and have been used in herbal medicine to relieve gastrointestinal, respiratory and cardiovascular disorders.

Purple basil likes full sun. Use it just as you would the green variety, especially to make a beautiful infused vinegar. Grow it near asparagus, beans, beets, cabbage, bell peppers, eggplant, potatoes, and tomatoes.

Enjoy the regal splendor of your regal purple garden! You’ll improve the impact of your culinary creations, while boosting your health at the same time!