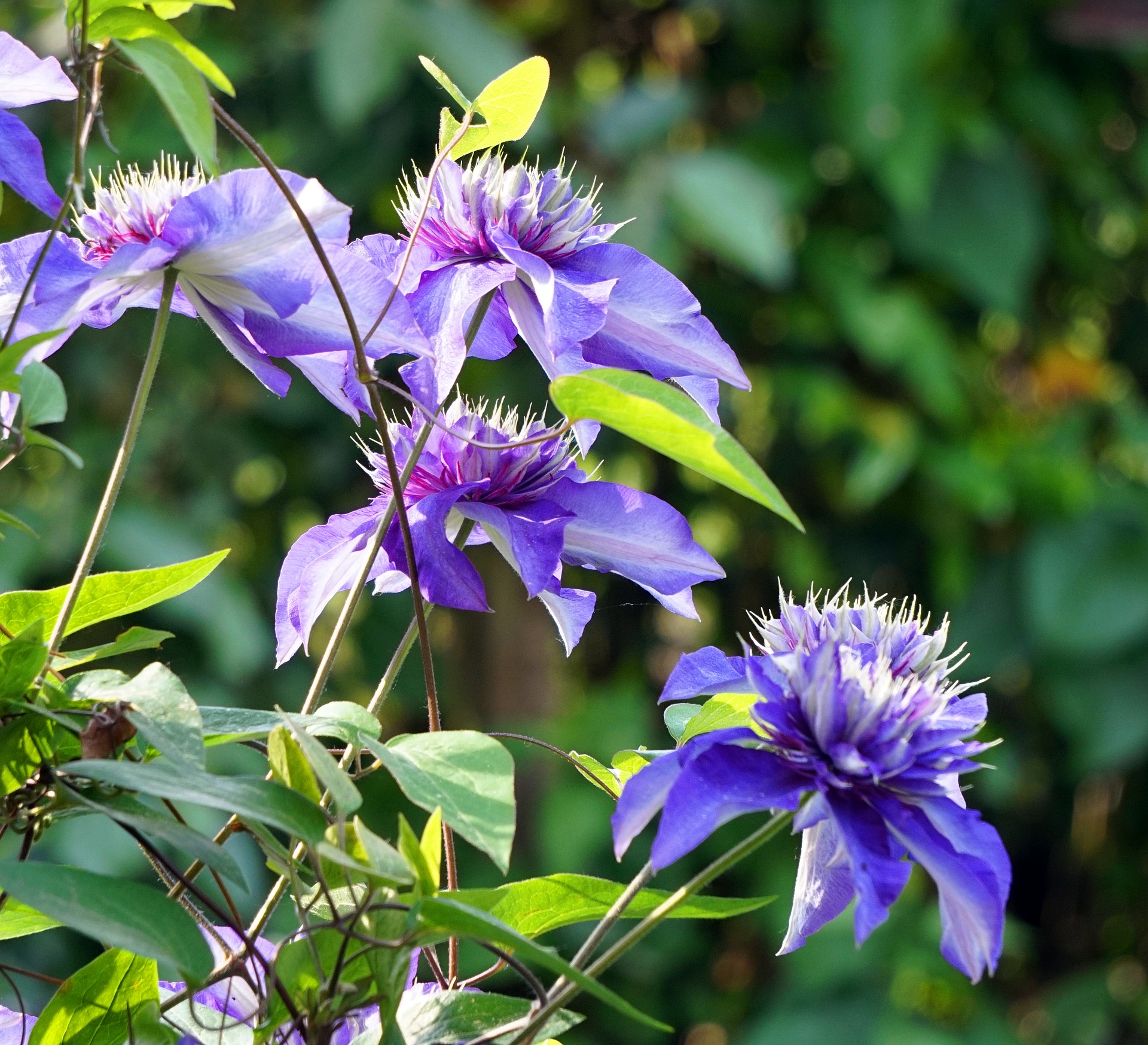 Looks can really be deceiving, particularly when it comes to favourite colourful plants and flowers that fill your garden beds. Many plants that are incredibly beautiful are also toxic, and some can even be deadly. Read on to learn about the most poisonous flowers out there, so you can garden with caution.

Often, the most colourful and expressive plants are the most toxic. They may contain toxins that have the potential to cause serious harm to both humans and animals. In fact, many of the most common plants found at your local nursery may be some of the most deadly species around.

Some of these may be common knowledge, while others may surprise you. I know a few caught me by surprise as they are staples in my own garden.

Even the most beautiful blossoms can have a dark side so you want to always be aware of what you’re planting. This is particularly important when it comes to small children and pets, who don’t have the sense to avoid taste-testing appealing-looking plants.

In many cases, you don’t need to forgo planting them entirely. Just make sure you’re armed with knowledge, and always supervise young children in and around the garden.

Explain to children the hazards of eating non-edible plants. Also warn them about touching petals, leaves, and stems that could potentially irritate their sensitive skin.

When it comes to pets, if you know your pet has the potential to dig, reconsider the poisonous bulbs (tulips, iris, etc…) listed below. Instead, substitute them with plants known to be safe. Alternatively, you can put up some protective fencing to keep your furry friends out of your flower beds.

These flowers are English garden staples. They come in a wide variety of colours and variations, with tall spikes. Blooms have a lovely trumpet shape and make a statement in any space. Just keep in mind that they’re highly toxic to dogs, cats, and horses, and every part of it is toxic to humans. If ingested, it carries a wide range of potential symptoms, including tremors, delirium, and nausea.

This popular bouquet and arrangement filler features sprays of tiny white buds. It looks completely benign, and is seen in florist shops everywhere. Well, it turns out that the flowers are mildy to moderately poisonous to dogs and cats. When ingested, it can cause mild to moderate irritation to the stomach and intestinal tract.

These interesting-looking beauties stand up to their name, appearing as a row of almost cartoonish heart-shaped flowers. This flower is often used in hanging baskets, but the entire plant—including the roots—is poisonous to both animals and humans. They contain a convulsant called isoquinoline, which is quite nasty if ingested.

They might herald spring’s arrival, but did you know that their bulbs are poisonous? In fact, they’re severely toxic to dogs and other animals that may dig them up. Eating the bulb can cause diarrhea, tremors, and heart problems.

These plants are native to Japan, but now commonly grown in North America. Most people don’t know that the large blossom clusters on this deciduous shrub contain cyanide. This poison can be fatal to both humans and animals when ingested in large quantities.

The bulbs, leaves, and stems of this perennial are all poisonous. If ingested, they can cause a wide range of symptoms, from to abdominal pain, vomiting, and fever. In addition, physical contact with the plant’s juices can cause mild dermatitis.

Young delphinium plants and seeds are the most toxic parts of this plant. It has beautiful showy blooms on a tall stem, and is popular in many English gardens. Muscle spasms, and respiratory failure can occur quickly in animals who ingest it. In fact, all parts are poisonous to animals, especially cattle, who can die after grazing on it.

8. Lily of the Valley (Convallaria majalis)

True to the name, these small bell-shaped flowers often pop up in fields during the first days of spring. Toxins in the entire plant can slow heart rate, cause nausea, stomach cramps, and death. This is true for both humans and animals, particularly if the red berries are ingested. Keep small curious children away from this plant, as even eating very small amounts can be harmful.

It may surprise you to discover that these beauties are poisonous flowers. This invasive vining plant with large open trumpet-shaped blooms has poisonous seeds. They contain lysergic alkaloids, which are known to cause diarrhea, and even liver failure if ingested in larger amounts.

This plant, with its elegant-looking, ten-point star flowers is toxic to grazing animals due to andromedotoxin. Humans can also become ill if they consume honey made from the nectar of the blossoms. In fact, the phenomenon is known as “mad honey”, causing gastrointestinal issues and blurred vision.

This plant, with it elegant name, and beautiful blooms, has quite a dark side. It’s poisonous when ingested—even in very small amounts—and will cause fever, slowed heartbeat, dehydration, tremors, and even death. As as result, it appears on many lists of poisonous plants due to high toxicity levels.

Note: Never burn oleander wood, as the smoke produced is toxic as well.

Lilies are commonly known as being toxic to cats and dogs, as they can cause kidney failure. So, you may want to skip lilies as a cut flower arrangement. Be aware that Easter lilies are particularly poisonous to cats: just eating one or two leaves can be fatal.

Humans can eat this cheerful plant’s petals if they really want to, but they need to keep it away from pets. All tulip parts are poisonous to cats, dogs, and birds, due to a high amount of alkaloids—especially in the bulbs. Ingesting the plant can cause a myriad of symptoms, from abdominal pain to seizures, and possibly death. Like the daffodil, it’s best to avoid these spring flowers if you have an animal that likes to dig.

Slightly resembling foxglove, aconite—known colloquially as monk’s hood and wolf’s bane—contains aconitine, which is a heart and nerve poison. Ingesting or touching any part of this plant can be deadly to humans and animals alike. In fact, even just touching the plant can cause numbness and asphyxia.

There was even a report of a gardener who died just by touching the plant without protective clothing. It’s believed that the poison entered his system via cuts and scrapes on his skin.

These popular landscaping plants are highly toxic to animals when ingested. In addition, like Mountain Laurel, honey made from the nectar of these plants can be toxic to humans. It lowers blood pressure and can induce irregular cardiac rhythm. Children sometimes mistake azalea flowers for honeysuckle, and can experience upset stomach and mouth irritation if they try to eat the nectar or blossoms.

Deceptively named, this eye-catching plant with downward facing “trumpets” is no angel. In fact, it’s one of the most poisonous flowers around. It can cause complete memory loss, hallucinations, and death if ingested, due to a nasty toxin called scopolamine.

All parts of this late-season plant contains colchicine, which is similar to arsenic and is poisonous to both animals and humans. It can cause liver failure, kidney failure, and death when ingested.

This dramatic vining plant can cause dermatitis in some people thanks to a toxin called anemonin. Wear gloves when handling or pruning. If ingested, it can result in a burning feeling and ulcers of the mouth. Fortunately,  its extremely bitter taste inspires most animals to steer clear.

This plant has tiny packed blooms that add a burst of tropical colours to any garden. Its lovely fragrance is highly attractive to butterflies and honeybees, but it also has a dark side. All parts contain a toxin that can cause a variety of symptoms in animals, ranging from mild to severe. Symptoms include fatigue, depression, vomiting, and liver failure.

This fragrant vining plant features hanging lilac or bluish flowers that hang down in bunches. It’s poisonous for humans and animals, and the seeds are particularly harmful if eaten. They’ll cause stomach upset, abdominal pain, and central nervous system depression.

It goes without saying that you should never just sample a petal or a leaf from your ornamental flower garden. The vast majority of these plants were just not designed by nature to feed humans. Thankfully many ornamental plants have a natural defense: a particularly bitter or nasty taste, which helps to protect curious grazers from harm.

Always use caution if you plant these poisonous flowers in your garden, and keep aware of what your children and pets are up to.