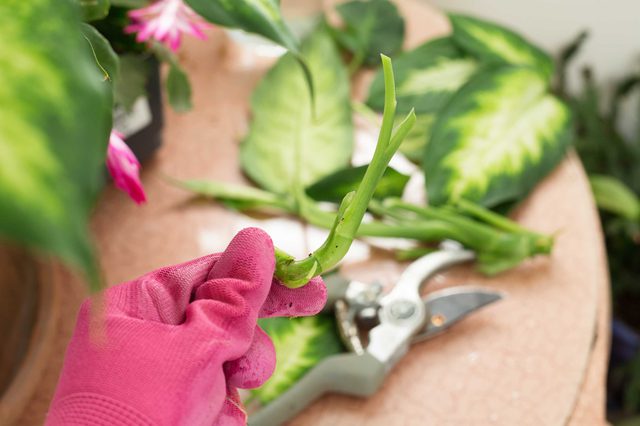 As every gardener knows, you can never have too many plants. However, buying new plants can be expensive. In contrast, plant propagation is a great way of getting more plants for next to nothing.

This guide will take you through the most common plant propagation techniques. We’ll look at techniques from divisions to cuttings, giving you tips and advice at each stage. We’ll also advise you which technique works best on which plants and how to ensure successful propagation every time.

What is Plant Propagation?

Propagation is a means of producing more plants. Different plants require different forms of propagation. As a result, there are two main categories of plant propagation: sexual and asexual.

This natural plant propagation method requires contributions from both a male and a female plant. This occurs naturally after flowering plants become pollinated. When seeds emerge, you’ll be able to harvest and plant them. For a number of plants, including vegetables, this is the only way that they can reproduce.

Sexual plant propagation produces plants with different genetics to their parents. This process of continuous evolution means that each new generation should be stronger, more disease resistant, and desirable than the last.
As you can imagine, this type of plant propagation is the easiest, and most economical method.

Also known as vegetative propagation, this method produces new plants by separating vegetative parts (roots, leaves, stems, etc) of the original plant and growing them on. Since they’re formed from a single parent, the new plants are clones: genetically identical to the original.

The easiest way to get new plants for free. As long as the plant produces seeds, you can harvest and sow them. However, you’ll have little success from hybrid plants.

Seeds come in many different types of natural packaging. The most common forms include:

Seed heads usually change color as they ripen. Some, such as anemone and calendula can be collected when they are developed but still green.

Pick the seed heads either singly or on stalks. Lay them out to dry in a warm, still location such as on a windowsill or in a greenhouse. Drying makes extracting seeds from pods easier.

To collect seeds from berries or fruits, mash them in a fine sieve and then rinse away the pulp in cold water. Dry the seeds on a paper towel, removing any chaff or surrounding material.

While you can save most seeds, some—such as hellebore—can’t be stored and thus need to be used immediately. Also, the older the seed, the more difficult germination becomes. Label your seeds with the date as well as type, to help you gauge their viability.

Store seeds in a paper envelope within an airtight container. If you’re storing for an extended period, place some desiccant in the container, such as calcium chloride or silica gel. This removes excess moisture that could damage the seed’s viability.

Some seeds, such as walnut, oak, and magnolia, shouldn’t be allowed to dry out. Instead store them in a plastic bag with damp vermiculite or sand. You can keep seeds like this in a refrigerator at 41F, for several months.

A cutting is a vegetative plant part, such as the leaf, which is cut from the parent plant. This is then planted and grown into into a new plant.

There are two types of cuttings: stem (also known as tip) cuttings, and leaf cuttings.

These are usually taken from woody or semi-woody, multi-stemmed plants. These cuttings should have a bit of stem and a couple of sets of leaves. Ivy, roses, azaleas, fuchsias, geraniums, osteospermums, and hibiscus can all be propagated in this way.

When you take stem cuttings depends on the plant:

Greenwood Cuttings: These are young stems that are starting to mature, usually in their first year of growth. Take greenwood cuttings in early to mid summer. You can propagate boxwood, gardenia, and similar plants in this way.

Semi-ripe Cuttings: These are taken later in the year, from late summer into the fall. Tougher and more mature camellia and honeysuckle are propagated as semi-ripe cuttings.

Hardwood Cuttings: Take these in the fall or winter from dormant, woody stems. Trees and shrubs such as viburnum are propagated in this way.

These only require a leaf stalk, and you can plant most leaf cuttings straight into the potting medium. However, some plants propagate better if the small veins on the leaf are slit open, and the leaf is then lain horizontally atop the soil. African violets, prayer plants, Pothos, and rosemary can all be propagated in this way.

Take leaf cuttings in the spring or early summer.

How to Take a Cutting

Cut the leaf or stem cleanly with a sharp knife or secateurs. Stem or tip cuttings should be 10-15cm in length and ideally taken from the main stem. You can also be take them from a side branch just below a node. Remove the lower leaves and any flowers from the cutting.

Some people like to dip the end of the cutting in rooting hormone. While this can speed up rooting, it isn’t necessary.

Plant the cutting in a light, fertile potting medium such as soil, coarse sand, or a mixture of peat and perlite. Keep the cutting humid, regularly misting it. Placing the cutting in a propagator can also help to maintain humidity levels.

Some plants will root more quickly than others, so you’ll need to be patient.

Plant propagation via division works best on species that grow several stems, with a root system attached to each. When you separate the stems to create multiple plants, you can keep plants healthy and reduce overcrowding.

Can I Divide a Plant?

Division splits part of a plant from the main root ball. As a result, it only works on species that have a clumping growth habit and spread from a central crown. You can divide hostas, ornamental grasses, plants with taproots, many perennial plants and bulbs.

When to Divide Plants

You can make divisions every 3-5 years. Exactly when you make the division depends on both the type of plant and the climate.

How to Make Divisions

Carefully dig up the plant. Gently wipe away the soil so that you can clearly see the root ball. Try not to damage the root system as you do this.

Use a sharp knife to divide tightly joined stems, such as those packed in a large root ball. You’ll be able to gently pull apart loosely joined stems, which are common in many bulb species.

Remove any dead growth following the division. Cutting the plant back now will reduce the shock that can occur during the dividing process.

When you’re happy, replant both the plant and its divisions.

Layering is when a stem forms its own roots while still attached to the parent plant. Ivy, forsythia, viburnum, and hydrangea are just some of the plants that can be propagated in this way.

Layer deciduous plants in either the spring or fall, but layer evergreens in the spring.

Select a flexible, young shoot that you’re able to manipulate down to ground level. Alternatively, if you’re propagating into a pot, bring it to the rooting medium. Make a slit in the underside of the stem where it touches the rooting medium. This encourages new roots to form, as does wiping the slit with rooting hormone, but this isn’t necessary. Place or plant the stem on the rooting medium.

Layering only works if the soil is wet or damp, so you’ll need to keep watering. Just be careful, as young shoots are also vulnerable to snails and slugs.

Roots may take up to 12 months to form. Once the stem has rooted, cut it from the parent plant and pot on.

This method is commonly used for blackberries and other hybrid berry plants.

In mid or late spring, take a long, arching stem that you can easily manipulated down to ground level. Bury the tip of the shoot 3 inches below the surface. A new plant will begin to emerge within a few months.

Air layering allows you to propagate stems that you’re unable to manipulate to the ground.

Simply expose the stem by peeling bark from the middle of the branch. Then cover the exposed stem with moss and a plastic wrap. When roots have formed inside the moss, cut the stem from the plant and pot on.

Grafting is a form of plant propagation that joins two plants together to form a new plant. This is most commonly done on trees and shrubs, especially fruit trees. It’s a reliable method of propagating plants that don’t grow true to type from seed.

Grafting a fruit or ornamental tree usually occurs in late winter or early spring before the sap starts to rise. It can also be done in the fall. Remember that you can only graft similar plants, such as 2 varieties of apple trees. You can’t graft completely different plants.

How to Graft a Plant

You’ll need a fresh shoot, 3-4 inches long, with a couple of buds. This will be grafted onto another plant: the rootstock.

Make a 2-inch sloping diagonal cut through the stem of the rootstock, about 6 inches above the ground. A third of the way down this cut, make a second, half inch deep cut straight down the stem.

Repeat this process on the shoot. The cuts should be the same size and angle as the cuts on the rootstock, so that they’ll match up.

Carefully force the shoot onto the rootstock, lining up the cuts as closely as possible. Tie the shoot and rootstock together with twine and cover with grafting wax.

If the graft takes your new plant will begin to grow in the spring.

Now that you know what plant propagation is, and how to successfully propagate, you’ve just opened the door to a whole new world of plants. Not only can you now swap plants with fellow gardeners, but you can also use plant propagation to maximize your garden’s potential.

All without spending a penny.