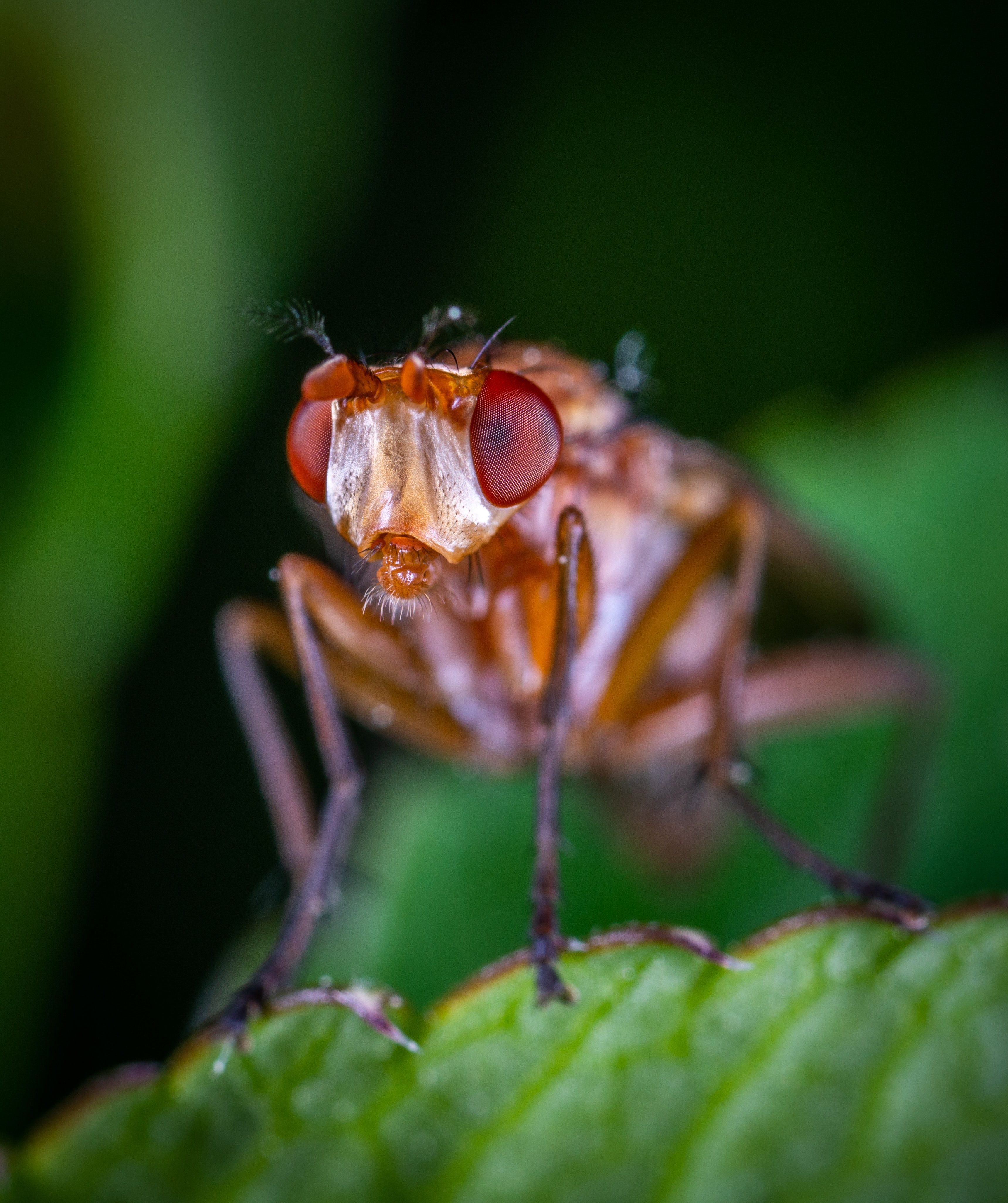 The first time I heard the term “paper wasp,” I honestly thought it was a school craft project. It sounds like a pretty garden decoration, or something you might hang up in your home to add a pop of color, doesn’t it? It’s not. What is a paper wasp, really? What I found out is that they’re aggressive insects that look like bees, and are extremely territorial. They can claim a whole garden or deck space as their own, and make it impossible for you to enjoy that part of your property. If you have a problem with these wasps, it’s best to address it now before it becomes an even bigger issue.

Paper wasps really do look like bees, and it’s very common to confuse the two. It’s best to make you’re actually dealing with wasps, and not a bee variety, before you try treating this pest problem. Look for the signature paper wasp characteristics to determine whether this is the problem you’re dealing with.

This species got its name because the insects commonly build nests out of paper. They chew on wood to make pulp to make their nests, so you may notice damaged trees and wooden decking nearby. The nests they create look like paper cones: round, and tapered toward the bottom. This nest shape is the most distinctive paper wasp feature. This particular wasp species is highly aggressive in autumn, and will be more active around their nest area. If you find yourself being chased by wasps, observe where they’re coming from. Once the sun sets, explore the area with a flashlight to see if you can find their home.

If you happen to get a chance to look at a paper wasp closely—which probably isn’t a good thing—you’ll see that they have stripes like bees, but don’t have fuzzy bodies. They have very narrow waists (petioles), and tend to be more brightly colored than bees.

Step 2: Why You Don’t Want Them Around

Paper wasps actually have a place in nature, as do all insects. In fact, they can be almost as beneficial to your garden as bees are. These wasps help to pollinate flowers and other plants, though they don’t do it quite as well as bees or butterflies. They also feed on caterpillar—another pest that no gardener wants to see.

Still, you probably don’t want them in your garden, or anywhere near your house. Paper wasp stings are dangerous, and these territorial insects will sting when they feel threatened. Unlike bees that die when they sting someone, wasps have retractable stingers and can attack numerous times. Anyone who gets close to what paper wasps consider to be “their turf” is in danger of getting stung. This is particularly dangerous—even potentially fatal—for anyone who is allergic to wasp stings.

You can’t wait out paper wasps. Most of the colony dies at the end of fall and will not survive the winter. The queen, however, not only survives, but will be back again in spring to build another colony. This problem won’t go away on its own. Waiting for wasps to die or go away isn’t an option: you’ll have to take action against them.

Note: If you’re not allergic to wasp venom and you do end up getting stung, you can alleviate the pain by applying vinegar. Wasp venom is alkaline, so acidic compounds like vinegar or lemon juice will neutralize it, thus reducing the pain.

These wasps like high places and closed-off areas where there is plenty of wood present. You’ll often find their nests under eaves, under porch roofs, between high tree branches, in rafters, and between railings. If you find a nest, avoid it during the day at all costs. Wasps will sting when threatened, and they release a pheromone that alerts the rest of the hive if the nest is being attacked. This can result in multiple, painful stings.

Paper wasps also like to venture indoors. Be on the lookout for them in your garage and shed, along with any other outbuildings you may have. You may even find them inside your home, such as in the attic or in a room with high ceilings. Once you find a paper wasp nest, stay away from it until you’re ready remove it. Keep everyone in the home—including pets—away from the nest until you’ve completed the following steps.

It’s always best to call a pest elimination expert, rather than attempting to remove wasp nests yourself. It can be very dangerous to disturb a nest, even for professionals. But if you’re determined to DIY this task, wait until nighttime. Wasps are slower at night, and therefore less dangerous to you. The easiest method is to get a wasp pesticide from a home improvement store, and spray the poison directly onto the nest while standing as far away as possible.

Wear long sleeves and long pants to cover as much skin as you can. Use twine or some similar material to cinch your ankle and wrist cuffs, to prevent wasps from flying into your clothes. Make sure to wear a face mask and eye protection. If you choose a spray that kills on contact, you could avoid being stung entirely. Once you have thoroughly sprayed the nest, back off away from it, preferably inside somewhere. Do not approach the nest again for several hours.

Do not spray chemical killers if wasps have taken up residence anywhere inside your home. For indoor nests, you must call a professional pest company to safely remove the wasps. Spraying chemicals indoors is toxic, and dangerous to all people and animals inside.

Once the wasps are dead, come back during the daytime and remove the nest. Again, be sure to wear long clothing, and cover the entire nest quickly with a plastic or cloth bag. Free the nest from whatever it is attached to, and seal the bag immediately to prevent any remaining wasps from getting out. Submerge the bag completely in water. Weigh it down so the nest inside remains submerged, and leave it there for several days.

Whatever you do, do not burn the nest or allow fire anywhere near it. Wasps become even more aggressive when threatened by fire, and their high state of alarm would be extremely dangerous for anyone nearby.

Step 5: How to Keep These Wasps Away

Destroying a nest is no guarantee that paper wasps will never invade your property again. Once you have a problem with these insects, it’s very likely that you’ll have to contend with them again in the future. Something makes your property desirable to wasps, and getting rid of one nest won’t eliminate the problem. What you need to do now is deter them, and make your property less interesting so they won’t want to come back.

First, get some wasp protection spray that’s made for wood. Apply this liberally to any areas that may be attractive to paper wasps, based on where they like to build their nests. Get a spray that offers long-term protection, and apply it as often as needed to keep it in effect. Be sure to spray areas where wasps have built past nests very liberally.

Next, hang a fake wasp nest near the location where the destroyed nest used to be. If you removed multiple paper wasp nests, hang multiple fake nests. Since they’re territorial insects, they won’t build their nests near what looks like another colony’s home. Driving them away with fake neighbors is a great way to make your property much less attractive.

These fake wasp nests are available at most hardware stores, but you can make your own with a few materials and a little bit of time. I made one out of chicken wire, which is more resilient than using paper alone. All you have to do is form the wire into a conical shape that resembles a paper wasp structure. Cover the wire completely with thin fabric pieces covered in glue. Apply the glue-soaked fabric all over the wire frame until it is covered completely. Hang it from a wire loop, with the narrow part aimed downwards. The fabric and wire combination will stand up even in harsh weather, though you may need to make minor repairs every few months. You will likely need to make a new nest every few years.

Protect Yourself from Paper Wasps

As mentioned, wasps can be aggressive and are naturally territorial. Once you see evidence of paper wasps infesting your property, you need to take measures to get rid of them before they render parts of your home or outdoor areas off-limits. Be careful when dealing with wasps, and take all the right safety measures to handle these pests without putting yourself in harm’s way. Whatever you do, don’t wait for the problem to resolve itself. It won’t. By taking proper precautions and following the steps we’ve presented here, you’re well on your way to ridding your home and garden of these stinging pests for good.