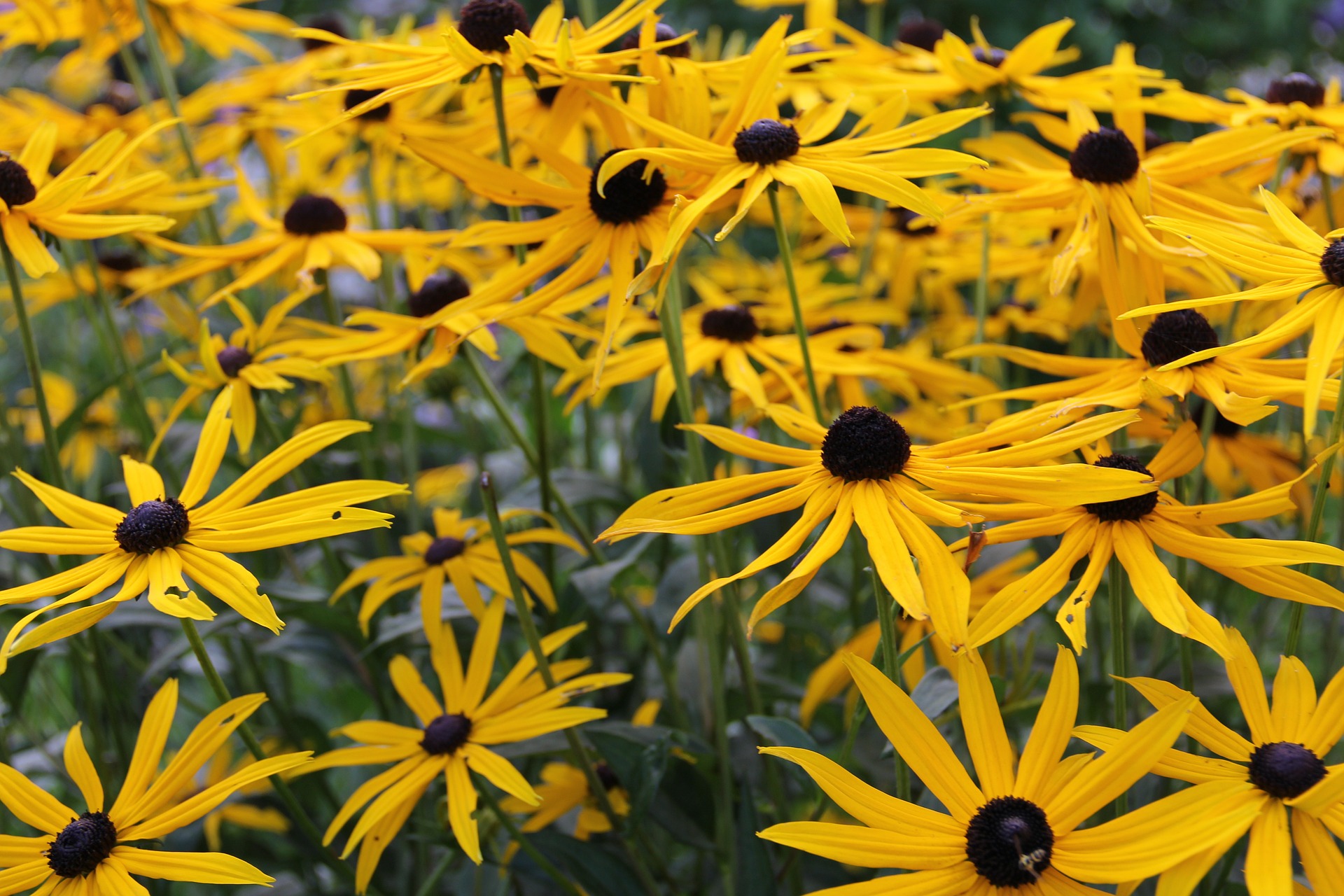 Arnica is well known in herbal circles as a bruise-healing, wonder plant. Ointments and creams infused with the herb are all over natural food shops. In fact, it’s such an efficient healer that a resourceful herbalist—or mother of daredevil children—might consider growing her own. But looking into growing an arnica plant (Arnica montana) can be very confusing.

A quick search shows a confusion of information. Some claim that arnica is deadly to the touch, others say that it’s a delightful, sunny flower to sooth bruises and heal bumps. The name “wolfsbane” is associated with arnica, and that sounds ominous. Should you even try growing it? What causes this information confusion?

What’s in a Name?

The confusion is apparently due to a nickname. You see, the arnica genus of plants shares a folk name with the deadly aconitum genus: Wolfsbane. This is the same nickname given to Aconitum: a flower whose folk name refers to its use in hunting wolves. In fact, since it contains such a deadly poison, aconite juice was once rubbed on arrows to aid in those wolf hunts.

How the gentle arnica plant got its nickname is unknown. Perhaps its sunny appearance was considered a bane to werewolves, who were forced to resume their human forms in sunlight. Perhaps the name is entirely due to a misunderstanding, linking arnica with aconitum. Arnica’s other names, namely mountain tobacco and mountain daisy, are significantly less misleading.

Whatever the case, don’t be afraid to grow and handle arnica. Unlike aconite, arnica absolutely won’t kill you merely by touch. You have to ingest arnica to be at any risk from this plant, and we’re certainly not growing arnica for consumption. Arnica heals from the outside, and should never be taken internally.

What Does it Heal?

This gentle herb is used for healing minor burns, bumps, bruises, strains, and strains. Just note that it’s not recommended for any injury involving broken skin. So, if you’ve bashed your knee, and there’s a cut as well as swelling, choose a different herb. Comfrey and plantain are fantastic for swellings involving broken skin, but arnica should be only be used when it won’t be absorbed directly into the bloodstream.

Arnica can also be a great, helpful remedy for acne. Dabbing on a tiny amount of arnica salve twice a day can reduce inflammation significantly.

Arnica is a member of the Asteraceae family, which includes sunflowers, daisies, and echinacea, to name a few. It’s a golden-yellow perennial herb that blooms brightly in spring and early summer. It’s hardy in zones 4 -9, loves sandy, well-drained soil, and full sunlight.

Like so many herbs, however, arnica can handle less-than-ideal conditions. If the soil is well-drained, and the light is at least moderately sunny, your arnica plant will thrive.

Sprinkle arnica seeds on soft, sandy soil in late summer. Then, cover the seeds with a light layers of sand or very fine, friable soil. The seeds are reliable sprouters, and a handful of seeds should give about an 80% germination rate.

It’s best to keep the soil slightly moist until the seeds germinate, which can take a bit of time. They may sprout in under a month, but they can take much longer as well. Don’t despair if your seeds take up to 40 days to sprout.

When your arnica seedlings come up at last, let them grow until they’re well established. When the young arnica plants are strong, thin them until there are about 12 inches between plants.

If you’ve started your arnica plants indoors in spring, keep them safe until all danger of frost has past. Young plants do best at around 55 degrees Fahrenheit until they’re strong and established.

Once arnica is established, shower it with benign neglect. Your arnica plant prefers to pretend it’s a wild herb. Don’t give it any fertilizer, and water only in times of drought. This sunny flower hates to dry out, and the only care it requires is moisture. If you’re garden is getting regular rain, leave your gentle blooms alone.

Arnica montana grows to be about 1–2 feet tall. It can bush out a little, but like daisies, you can easily divide up your patch. Either harvest the roots or replant them to keep each arnica patch manageable.

Arnica has no known pests. It tends to attract all the beneficial insects like bees and butterflies, but don’t assume it’s a good companion plant! This herb has a tendency to suppress the plants around it. This is great if you’re sick of weeding, because arnica will suppress weeds as well.

Give your arnica flowers plenty of room to themselves. Definitely don’t try to incorporate them in a tightly knit, herbal garden. It will lord over the other plants, and eventually run them out of the place.

These flowers bloom in late spring and early summer. Harvested healthy blooms for use in pain-relieving salves and ointments. Arnica root can also be harvested in the fall, for use in more potent pain-relieving and anti-inflammatory salves.

Like many perennial flowers, arnica spreads quickly through its underground rhizomes. After a few years of healthy growth, you can pull up a few arnica plants to use the root in topical creams. The arial parts can also be steeped in oil and used topically for aches, pains, sprains, and swellings.

Traditionally, arnica leaves were dried and used in smoking blends. This was smoked to help relieve chest congestion and pain. Now, we should remember to be cautious when using arnica in any way that might be considered internal, including smoking. If a smoking blend for congestion sounds helpful to you, try mullein leaves instead.

You’re probably growing arnica for use in your at home herbal apothecary, so lets talk about using this sunny little herb.

The most popular way to use homegrown arnica in by infusing the flowers in oil. The infused oil can then be made into a salve or cream. You can also apply it directly to your skin.

Make sure you never use arnica during pregnancy. Even topical arnica is unsafe for developing babies, so try a comfrey leaf salve for all your pregnancy bumps and bruises.

Right after you’ve harvested your arnica blossoms, steep them in a carrier oil. I tend to use olive oil, but almond oil and castor oil are also popular. Cover 1 part flowers with 4 parts oil and allow the infusion to steep (covered) in a sunny place for at least 2 weeks. Try to leave the infusion for about 4 weeks for maximum benefit.

When your flowers have infused the oil with their healing properties, strain them out with cheesecloth. You now have a little jar of arnica oil! Label it, or use it immediately to make a soothing salve.

To turn your arnica oil into a salve, combine:

Warm the oil on a very low stove, or use a double boiler. Add the beeswax and stir gently until melted. Remove the salve from heat and add in the drops of yarrow essential oil, if desired. Pour into containers. Little jam jars work very well, as do old baby-food jars.

Let the salve cool and don’t forget to label it!

Other Ways to Use Arnica

While arnica oil is the most common way to use arnica today, there are a few other, safe ways to use this soothing herb. They’re all potent ways to treat sore, strained muscles, bruises, and bumps.

You can make a more potent infused oil by steeping 1 part chopped arnica root in 4 parts oil. This oil is especially effective on sprains.

Arnica root also makes an effective tincture. Just don’t take this tincture internally! Use it in a foot soak for sprained, strained, and bruised feet. If you spend a lot of time standing and walking, this is a fantastic weekly ritual. Just add 1/2 to 1 teaspoon of tincture to a pan of warm water and let your feet soak until the water is cool.

If you need quick relief, and don’t have any arnica oil on hand, or if you need something easy for on-the-go pain relief, try mixing up an arnica spray. Just infuse 2 teaspoon of dried flowers in 1 cup of water.

It’s just like making tea, except, of course, you won’t be drinking this infusion. Boil water, and pour it over the arnica flowers. Let them steep, covered, until they’re cool enough to use. Then, strain out the flowers and pour the infusion in a spray bottle.

This will keep in the fridge for about 4 days. After that, mix up a new batch as needed.

If you treat arnica with respect and use it topically, this golden beauty will be a healing essential in your home. It’s an easy-to-grow, pretty, and practical addition to any medicinal garden!