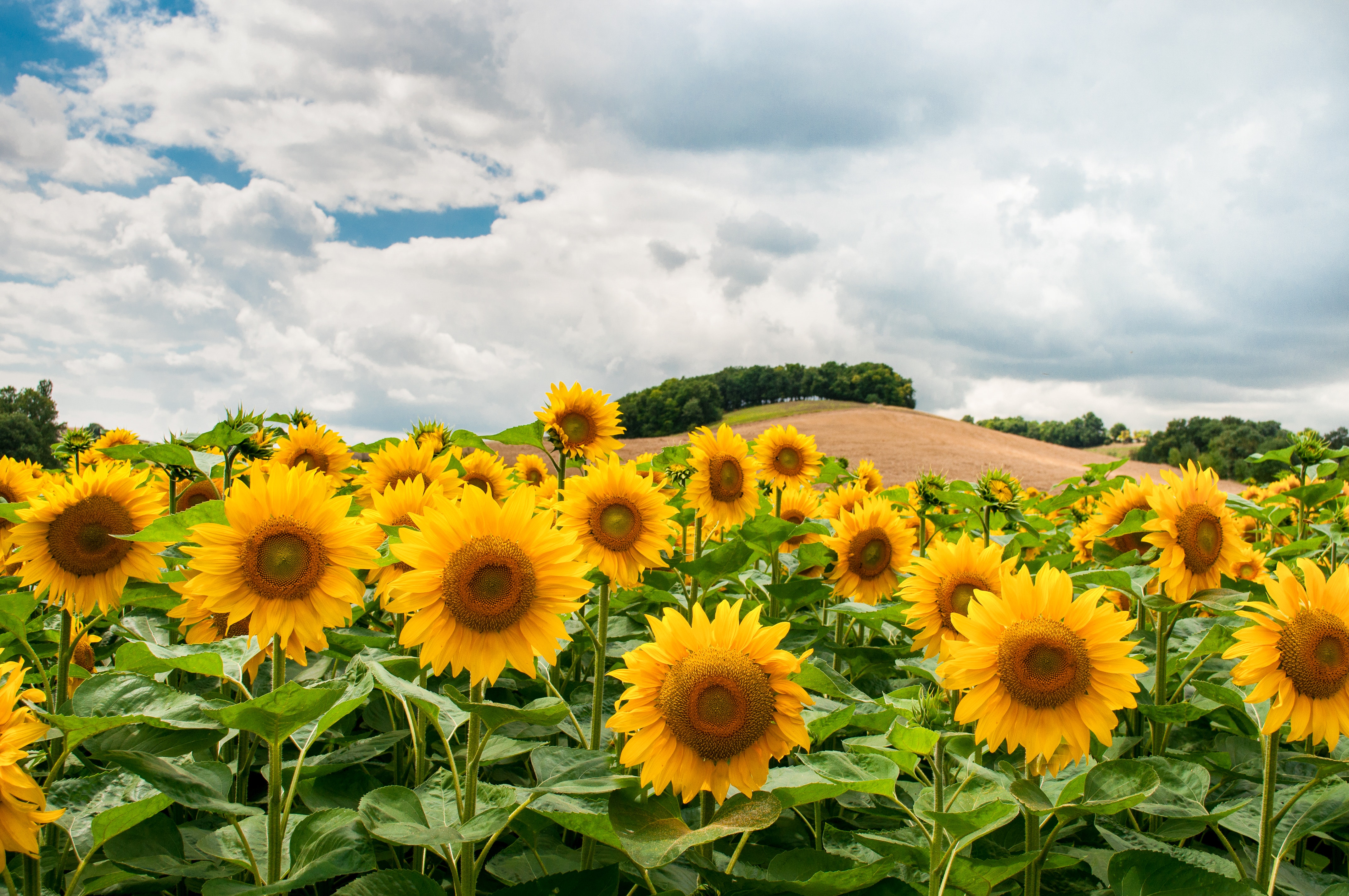 The basic idea behind crop rotation is rotating what plants are grown in a specific area over the seasons. This is done to help add nutrients back into the soil, but there are many other reasons to use this system. Two main reasons to rotate your crops are to help stop/slow erosion, and to deter pests. It also to helps to keep your garden interesting by changing the way it looks throughout the year.

Truthfully, we aren’t that much different from our garden plants. We both need different amounts of vitamins and nutrients to grow. We also need varying amounts of energy to accomplish certain tasks. If we eat the wrong type of food or aren’t able to eat what our body needs, we won’t be able to perform to our potential. For us, this is just our daily conscientious food intake. When we alter our garden space for this same reason, it’s called crop rotation.

Crop rotation isn’t a new idea, by any means. Humans have known about its benefits for at least 1200 years, and there’s strong evidence that Egyptians were using it long before that!

Sometime before 800 AD, European farmers began using a simple two-field crop rotation. This was done by planting crops on half the land, while the other half of land rested (known as “lying fallow”). The following season, crops and resting land traded places.

During the middle ages, farmers began using a three-field system instead. By splitting their land into three equal parts (instead of just two), they could harvest more crops each year. It was common for one field to grow oats and barley in the spring, and then switch to autumn rye or winter wheat. The second field would grow nitrogen-adding crops such as beans, peas and lentils. The third field would be left to rest. These fields rotated in this manner every year, continuously allowing one section to rest for an entire year before crops were planted there again.

In the 16th century, Belgian farmers created a four-field system that included a field for growing fodder (food for livestock.) By adding this fourth field, farmers were able to breed livestock year round. Normally, the fields were rotated like the previous systems, but the crops were wheat, turnips, barley followed by nitrogen adding clover.

Heavy feeders are crops that use up much more nutrients in the soil than your average crop. To think of it another way, heavy feeders are greedy plants that take as much nutrients as they can and leave little for who ever comes next.

Some common heavy feeders are:

(Not all these crops are greedy for the same nutrients either. I’ll explain that later on in this article.)

What helps me to understand about crop rotation better is thinking about my own eating habits. In winter, I eat a LOT of food due to various holidays, being stuck inside so close to my kitchen. By the springtime, I’ve gained a few pounds and usually need to do some serious pantry re-stocking. Whether I like it or not, this is my personal “heavy feeder” part of the year.

But then, spring comes around and I can go outside again! I begin eating healthier foods like salads and moving around a lot more. The foods I eat tend to have more fresh vegetables in them as they become available again. My body holds onto all the wonderful vitamins, nutrients, and minerals inside these vegetables, helping give me the extra energy I need.

This may not be the best analogy to explain crop rotation, but it does give a basic idea about heavy feeding followed by nutrient replacement. As a human, I can’t just stay in “heavy feeder” mode all year, or I won’t have the energy to go play in my garden when spring arrives. I rotate my diet to better suit my environment for that particular season.

So, we know that growing a heavy feeder in your garden definitely uses up a lot of vital nutrients in your soil. You can help replace some of these lost nutrients during the next growing season by planting legumes where these heavy feeders once stood.

To achieve crop rotation’s full benefits, there’s an order that should be followed when planting: leaf, fruit, root, legumes. I’ll go over these crop types and explain why it’s so important to plant in this specific order.

Crop rotation has continued to be such a successful system over the years because it maximizes usable macronutrients in the soil. There are many different macronutrients that are important to successfully grow your crops. The NPK levels (nitrogen, potassium, phosphorus) are the three numbers you’ll find listed on any bagged soil or compost you buy. Although all nutrients are important, planting in this order (leaf, fruit, root, legume) is based on these crops’ nitrogen requirements.

The first group includes all the delicious leafy things that start off the garden after wintertime has almost ended. These include lettuce, mustards, spinach and brassicas (kale, broccoli, brussel sprouts, cauliflower, cabbage).

Almost all of these plant friends are greedy when it comes to how much nitrogen (N) they require during their growing season. They use nitrogen to help their leaves and stems grow better. Corn can also be planted in with the rest of the “leaf” group because it’s nitrogen hungry as well.

Here’s a tip: Until you’ve gone through an entire year of crop rotation already, your soil may not yet have the required nitrogen needed to grow these vegetables. Add aged manure and compost to your garden soil before planting these leafy friends in order to reap the benefits come harvest time! After you’ve gone through the entire four-crop rotation cycle, nitrogen levels will adjust and you won’t need to do this again.

The second group belongs to fruits: tomatoes, peppers, eggplant, cucumbers and squash. An easy way to think of this group is that they’re the ones that have flowers that develop into tasty things to eat.

This plant group doesn’t need much nitrogen at all. In fact, if they get too much nitrogen, you’ll end up with more leaves on your crop than fruit. Nitrogen excess can even cause total fruit production failure! Tomatoes are notorious for this problem, so watch your soil’s nitrogen levels closely.

Fruit-bearing crops need more phosphorus (P) to help them grow blossoms and develop fruit. That’s why this group is grown second. Being planted second helps these crops make the most use of available phosphorus in the soil before being further depleted by subsequent crops.

Third in this crop rotation cycle is root vegetables. After the leafy and fruiting crops have been grown, significant nitrogen levels will be depleted from the soil. This works out well, since root veggies require even less nitrogen than fruiting crops.

Root crops such as beets, radishes, carrots, garlic, onion and turnips require more potassium (K). Plants with low potassium levels will have weak root systems, as well as puny stems and stalks. Potassium also takes a bit longer to become available in the soil. By planting root crops third, you allow a little bit more time for this important nutrient to accumulate.

“What about potatoes?” you may be asking…
Potatoes are definitely a root crop, but they’re part of the nightshade family. This includes tomatoes, peppers, eggplants, tobacco, and tomatillo. As such, potatoes are prone to the same diseases as these fruiting crops, and shouldn’t be planted after them. You can risk it if you want, but I’d recommend finding a different place for your potato bed!

Beans, peas, clover, alfalfa, lentils, and peanuts are some familiar names in the legume plant family Fabaceae (or Leguminosea). This family has the wonderful ability to replenish nitrogen back into the soil wherever they’re grown. This makes them excellent crops to grow after heavy feeders have depleted soil’s nutrients.

If you read my 3 Sisters Garden article, you may recall that it’s not actually the plants that help raise soil’s nitrogen levels. It’s a bacteria called Rhizobia. This bacteria consists of small growths (called nodules) that grow on these plants’ roots. These nodules convert nitrogen chemically from the air into a usable form. After the plant dies, the nitrogen that’s stored inside the nodules becomes available to other species.

To help release this stored nitrogen, you simply chop and drop your legumes in place, or till them under. This is what’s called a “green” (or plant-based) manure. Continuously adding green manure will noticeably improve your soil’s health, so you can continue to grow successful crops year after year.

A few other quick reasons to rotate your crops:

Continuous plant growth in an area will help slow soil erosion. This helps you to keep all that beautiful topsoil right where it belongs! If you aren’t planning on growing a crop in one area, plant some type of cover crop instead. Try red clover, annual rye grass, hairy vetch, buckwheat, or winter rye. These crops can help keep your soil in place, and some are excellent nitrogen replenishers as well.

By rotating crops in your garden, you can really keep insect pests guessing! If the same crop is grown in the same spot year after year, insect pests will take note and will quickly become a much larger problem. For this reason, I refuse to grow any type of cucurbit (especially squash and pumpkins) anywhere near their previous year’s growing spot. I’ve lost too many plants to vine borers, which are then typically weakened further by squash bugs. I usually wait an entire season to grow them again.

Not that we gardeners are vain, but I find that there’s something very pleasing about seeing my garden look completely different every year. This may be one of the least important reasons to incorporate crop rotation, but there’s a lot to be said about continuous change. Our gardens are direct reflections of us! I enjoy it when my friends and family look at my garden and are pleasantly surprised to take a “new tour”, since it differs from previous years so much.

Ultimately, it’s About the Soil

The most important reason to rotate your crops is for your soil’s health. Your garden will only be as productive as the soil it grows in! Now that you have a better grasp about crop rotation, you’ll have a better understanding about building and creating healthy soil. It’s a subject I tend to be very passionate about, and is the most essential part of reaping successful harvests.

If you continue your new awareness about your soil’s nutrients and health over the years, you can take the necessary steps that will ensure that you’ll always have a happy, productive garden.